Total War: Warhammer III has finally been revealed and with it, a brand new feature called Survival Battle, which are hand-crafted encounters that can last around 45 minutes. and sets the player up with an encounter of epic proportions against formidable opponents.

In the global reveal, we get to see Katarin the Ice Queen, one of the playable Legendary Lords of Kislev, against the massed forces of Khorne, and is set before the Brass Citadel, the Blood God’s stronghold, deep in his hellish realm.

You can check out the gameplay sample below:

Total War: Warhammer III is the cataclysmic conclusion to the trilogy, and will bring in new content such as the new playable race Kislev, known for their dominant strategy of harassment through missile fire and cavalry charges, and excel at drawing in enemy troops. They also make use of the new lores of Ice and Tempest to control the battlefield.

Fans of Total War and Warhammer can surely look forward to this one, as it features the strategic gameplay we’ve all come to know and love from the series.

Are you looking forward to Total War: Warhammer III when it comes out later this year? 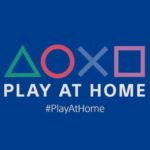 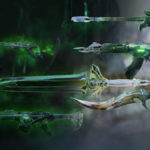