Leading to the launch of Battlefield 2042 in October, EA and DICE have released the highly-anticipated short film that documents the series of events responsible for triggering the No-Pat civil war.

Exodus brings Kimble “Irish” Graves, portrayed by Michael K. Williams, back from Battlefield 4 and will be the fifth playable specialist in Battlefield 2042, with 5 more to be announced in the coming weeks.

Watch the short film below:

With a deeply engaging multiplayer offering across three distinct experiences, the Battlefield 2042 narrative will be told in an all-new way for the franchise, offering players a compelling world seen through the eyes of the Specialists and their experiences on the battlefield. This immersive and modern approach to storytelling is one that players have come to expect from their favorite games and these Specialist stories aim to give players a way to immerse themselves in the universe of Battlefield 2042 whether they’ve got the controller in hand or not.  Whether the player cares deeply about narrative or if they need just enough context to enjoy the multiplayer experience, the world building is here to enable that immersion.

In the leadup to “Exodus,” players have been taken on the “Journey of the No-Pats” with journalist Kayvan Bechir, who reported on his 13 months embedded on a No-Pat vessel. In his search for the truth, Kayvan had been taken around the globe and discovered three truths: the United States and Russia are on the brink of war as the world struggles over resources and surrounding nations have collapsed, the group of nomads from collapsed nations known as the Non-Patriated (“No-Pats”), who the world would believe have bound together for survival, are actually a divided group with conflicting agendas, and there’s a mysterious No-Pat leader called Oz who has been pulling the strings from the shadows and attempting to unite the No-Pats under one banner. In the last chapter, Kayvan boards the warship Exodus that’s been rerouted to London by Oz in a mission that will soon determine the fate of the No-Pats and the world.

The pre-order bonus for Battlefield 2042 has also been revealed, and it includes: 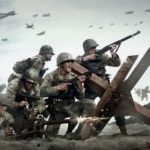 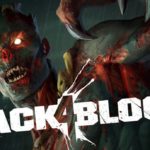