There are levels to getting good at Sekiro: Shadows Die Twice. At some point, you’ll attempt speedruns, even go for a no-hit playthrough if you feel confident enough, maybe even beat the game with bongo drums or a Ring Fit controller.

There’s all of that, and there’s beating the game blindfolded.

Some madlad actually did it, and it’s nothing but a feat of outrageous skill and memorization.

Streamer Mitchriz, who actually did it on Twitch just over a couple of days ago, pulled off a great accomplishment of not only beating the game in a pretty speedy fashion, but he did it fully blindfolded, which is apparently a world first.

During his run, he would count off a certain number of seconds to measure certain movements he would take, and while it would seem like he’s just hugging walls and running past enemies, the impressive parts are when he faces the mini-bosses / bosses of the game.

You can view the highlights below:

Mitchriz would depend on audio cues, and it seems that each Sekiro boss has an audio cue for a certain move, so he would know exactly what to do just by listening closely.

It’s something truly worth the watch, and will probably just make you feel like you know nothing about Sekiro at all. Makes you wonder how the devs would react when they see this.

In case you want to watch the full run which is nearly 5 hours long, you can view it on the video down below: 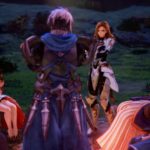 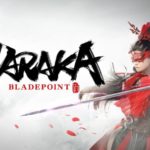 Naraka: Bladepoint, a 60-player battle royale, is headed to the PS5