Xbox and Adidas recently revealed a sneaker partnership that saw a limited edition Forum tech silhouette draped in Halo colors to celebrate 20 years of the brand. Sadly, these never hit retail, so fans never got the chance to cop them despite the clamor. This time around, both companies have announced another pair coming out that the general public can actually purchase.

Announced on the Xbox Wire news site, the Xbox 360 Forum Mid calls back to the design of the Xbox 360, with white, silver, and green hues along with a strap that represents the disc drive from way back. There are a ton of other easter eggs in the pair, and Xbox fans will surely be able to spot them all!

The Xbox 360 Forum Mid will be a limited release that comes with 4 pairs of laces (red, yellow, green, blue) that represent the face buttons and will be available in the US and Canada on November 4 at 7:00 a.m. PT via adidas.com.

As for a local Philippines release, we’ll have to wait for retailers to make announcements.

Nike has also partnered with PlayStation and Paul George to release PlayStation-themed sneakers over the past couple of years.

Feelin’ the vibe on these Xbox 360 Forum Mid’s? 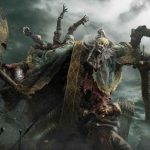 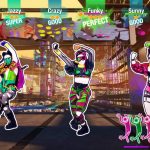