As part of their commitment to preserving and enhancing the gaming libraries from the previous generations, Microsoft have announced that 74 (!!!) new games have been given the FPS boost treatment, essentially giving them increased frame rates for a more improved gameplay experience.

This now brings the total of FPS Boost-supported games to 97, a staggering number, and Microsoft is showing no signs of slowing down.

For the full list of supported games, you can check out the full list here, but some of the standout titles include Alien Isolation, Metro 2033 Redux, Sleeping Dogs Definitive Edition, and Yakuza 6: Song of Life. 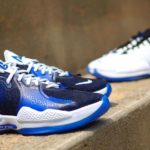 PlayStation 5 themed sneakers from Nike set to release this month