Yakuza: Like a Dragon announces Western release, will be a launch title for Xbox Series X

Another highlight of the Inside Xbox presentation was the announcement of Yakuza: Like a Dragon heading to the west after its launch in Japan. In fact, it will come as a launch title for the Xbox Series X, but will also release on the Xbox One and PC, and will feature Smart Delivery and cross save functionality.

The Xbox news site has the following description on the game:

Yakuza: Like a Dragon is, at its core, an underdog story about fighting for what you believe in, even when you’re up against impossible odds. You’ll step into the shoes of Ichiban Kasuga, a low-ranking grunt of a low-ranking yakuza family, betrayed, alone, and left on the brink of death by the man he trusted most.

Set in modern-day Yokohama, Japan, you’ll fight your way up from rock bottom in dynamic RPG combat as you gather a party of misfits from the outskirts of society, each with their own deep backstory and motivations. Level up 19 different ‘Jobs’ far from traditional RPG fare: Ichiban isn’t a Warrior or a Mage, but he can be a Bodyguard, a Musician, or even a Chef! Each Job has completely unique strengths and skills – you can mix and match to find the right setup for any encounter.

For the first time in the Yakuza Series, Like A Dragon will be a multiplatform release and will be releasing as well for the PlayStation 4 as per the PlayStation Europe Youtube Channel. No PS5 release has been announced as of this writing. 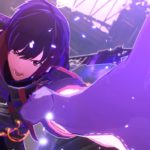 Bandai Namco announces Scarlet Nexus for the Xbox One and Series X, will feature Smart Delivery 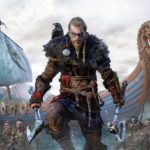