It’s been quite the lead up to the world premiere. What started as a livestream featuring BossLogic set the stage for the cinematic trailer that was revealed to much fanfare and anticipation by fans of the franchise.

Without further ado, check it out here below:

Interestingly, as the trailer reveals, the game is scheduled for a Holiday 2020 release but as the trailer winds down, only the Xbox One and Xbox series X logo can be seen. Ubisoft isn’t one to scrimp on multiplatform releases, so it would be interesting to see how things will go from here.

Will Valhalla be an Xbox exclusive? Is it a “World premiere” marketing deal similar to the past E3’s? Much speculation arises but one thing we know for sure is that Holiday 2020 and the next generation is going to be freaking amazing.

Assassin’s Creed Valhalla is scheduled to release in the Holiday of 2020.

Update: A video posted by Nmia Gaming confirms the release as a multiplatform and cross generation release, spanning PC and PS4 as well as PS5. 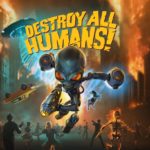 Destroy All Humans is coming on July 28, special editions revealed 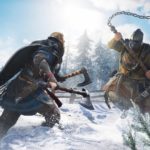 First details for Assassin’s Creed Valhalla revealed, will include raids and settlements