In what was probably an announcement that not a lot saw coming, Ubisoft Forward surprised viewers with a first look at Avatar: Frontiers of Pandora, a first person, action-adventure game developed by Massive Entertainment.

Built using the latest iteration of the Snowdrop engine, and developed exclusively for the new generation of consoles and PC, Avatar: Frontiers of Pandora brings to life the alluring world of Pandora with all of its beauty and danger in an immersive, open world experience.

Not much is known yet about the game, but it will be a PS5 and Xbox Series exclusive, meaning PS4 and Xbox One players won’t get to tag along in the Na’vi adventure.

Ubisoft have also provided a deeper look into the technology that will be powering the game.

Avatar: Frontiers of Pandora will be releasing on the PC, Stadia, and Amazon Luna as well in 2022. 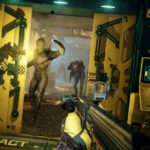 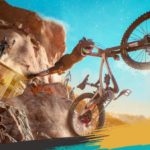 Riders Republic serves up some thrilling multiplayer goodness on September 2021