Bomb Rush Cyberfunk is this generation’s Jet Set Radio, coming to the Switch in 2022

Touted as the spiritual successor to Jet Set Radio, Bomb Rush Cyberfunk is full of style and dope beats. The game will be making its way to the Nintendo Switch as a timed console exclusive in 2022. No other consoles were specified, only that it will release a week later on other platforms.

Grind, paint, and combo your way to becoming the greatest graffiti artist around and dodge opposing goons who’ll get in the way of your turf.

Team Reptile brings you Bomb Rush Cyberfunk, one second per second of highly advanced funkstyle. In a world from the mind of Dion Koster, where self-styled crews are equipped with personal boostpacks, new heights of graffiti are reached. Start your own cypher and dance, paint, trick, face off with the cops and stake your claim to the extrusions and cavities of a sprawling metropolis in an alternate future set to the musical brainwaves of Hideki Naganuma. 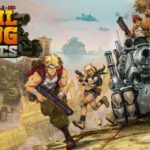 Metal Slug Tactics coming to the Nintendo Switch in 2022 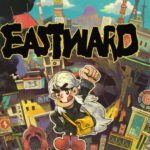 Eastward books a September 16 release date for the Nintendo Switch