E3 was supposed to be that big event in the summer where all things gaming was going to happen. With the disruption brought about by COVID-19, everyone is now taking things in their own hands with digital events and reveals.

CD Projekt Red has announced for everyone to get ready for something called “Night City Wire” happening on June 11, which we can assume to be a development update for Cyberpunk 2077.

Will we finally see some gameplay footage? Something new we haven’t seen before? Xbox is being playful with some of their responses, but you know that they’ve got something up their sleeve in terms of marketing for world premieres. We’ll have to wait and see.

We’re hoping they throw us a bone here, something big and juicy. Gameplay would be perfect, also an announcement for next generation support?

Cyberpunk 2077 is scheduled to release on September 17 for the PS4, Xbox One, and PC. 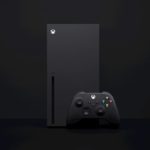 Xbox 20/20 announced, promises monthly updates for the next generation 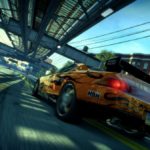