Dragon Age 4 is still a long way out but as early as now, there could be an indication that the previous generation console may not see a launch of the latest from BioWare.

As spotted by Faizan Shaikh on Twitter, the LinkedIn profile of Dragon Age’s lead player designer Daniel Nordlander shows credentials for a Dragon Age game for the PS5, Xbox Series X+S, and PC, which he’s worked on from October 2019 until October 2020.

While this might be disregarded due to it coming from a source that isn’t in the usual rumor mill, Jeff Grubb of Venturebeat has corroborated this piece of information, saying that “I’ve also separately confirmed that EA is planning the game only for the new-gen systems.”

We’ve heard very little about the latest from BioWare, and its possible release date should still be maybe a couple of years away, but this should come as no surprise if it is indeed a current-gen exclusive.

What are your thoughts about Dragon Age 4 possibly leaving the previous generation consoles behind? 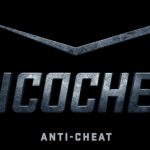 Ricochet anti-cheat system for Call of Duty has reportedly leaked 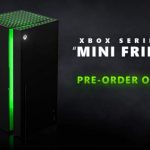