Prior to this, we’ve seen a few clips of supposed gameplay in its trailers as well as a story trailer for the game. What we know so far is that it takes place in 1274 Japan on Tsushima Island during the first Mongol invasion of Japan. You play as Jin Sikai, one of the last samurais. After a devestating defeat to the Mongols, Jin does everything he can to liberate Tsushima, even if it means going back on the morals of a samurai.

Among that was shown were exploration, customization, combat, and even the photo mode.

Exploring the map is very natural. Instead of the more typical compass and markers, Ghost of Tsushima uses nature to guide you to various places. Animals like a bird or a fox can lead you to shrines and other events in the world. In addition, a gust of wind or a guiding wind will help guide you to a location you’ve marked on the map.

Players have the option of being a Samurai or a Ghost, choosing one from the other changes the combat style, from your stereotypical Samurai to a stealthy assassin. The earlier prefers in your face combat and precise parrying of attacks and arrows, while the latter uses distractions like firecrackers and various tools to get around and sneak up to opponents.

The game also has customization for the different armor for both the Samurai and Ghost version of Jin. Whether you earn or loot these armors isn’t clear just yet but, what is certain is that you can color them by collecting flowers on the ground.

From combat and customization, Sucker Punch also revealed a Photo Mode which just looked gorgeous. They even featured a film grainy black-and-white samurai cinema mode which you can turn on from the very beginning. 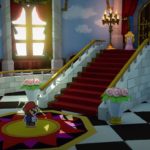 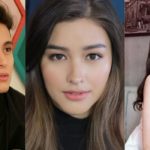 What if Filipino celebrities portrayed the cast of Final Fantasy 7 Remake?