Fans of the series looking forward to the upcoming Life is Strange Remastered Collection will have to wait a bit longer, as the team has announced that the collection will be delayed to Early 2022.

All is not bad news though, as the True Colors DLC “Wavelengths”, starring Steph Gingrich, will be dropping on September 30. Additionally, we will be getting a first look at a new trailer tomorrow, which is another thing to look forward to.

True Colors will focus on the continued personal adventures of psychic characters like Maxine from the original game and will do away with Dontnod’s episodic format. The new character, Alex, will focus on her heightened empathy, in which she could influence decisions by other characters or other dialogue options as she proceeds through her journey.

Life is Strange: True Colors launches on September 11 for the PlayStation 4, PlayStation 5, Xbox Series, Xbox One, Nintendo Switch, and PC. 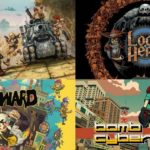 Everything announced during the Nintendo Indie World August 2021 Showcase 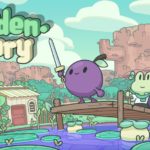 Garden Story, from Filipino dev Picogram, is now available for the Nintendo Switch