Mafia II: Definitive Edition listing shows launch date of May 19, will be a remaster

It was just revealed hours ago and right on time, leaks have begun popping out of nowhere.

First was the confirmation of the first game in Mafia: Definitive Edition and now, Mafia II: Definitive Edition has received a store listing from the Microsoft Store pointing to a release on May 19, the same day of the supposed full announcement from 2K.

As far as “Definitive Editions” go, this release will include all DLC’s but unfortunately, Mafia II will be a remaster rather than a full blown remake. The game description can be seen below:

Remastered in stunning HD detail, live the life of a gangster during the Golden-era of organized crime. War hero Vito Scaletta becomes entangled with the mob in hopes of paying his father’s debts. Alongside his buddy Joe, Vito works to prove himself, climbing the family ladder with crimes of larger reward, status and consequence.

Golden-era Drama: Inspired by iconic mafia dramas, be immersed in the allure and impossible escape of life as a wise guy in the Mafia.

A bunch of screenshots have been uploaded as well, you can check them out below: 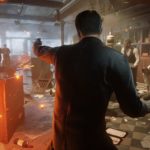 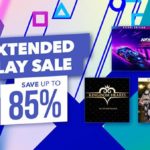