New Nintendo Switch rumored to release as early as September

Eurogamer is corroborating the Bloomberg report about the New Nintendo Switch, saying that “Nintendo’s long-awaited Switch upgrade is expected to be shown ahead of E3 2021, according to a report published by Bloomberg [paywall] today and Eurogamer’s own sources.”

The reason is to “ensure third-parties working on games which support the upgraded Switch are free to announce these projects at E3, and before Nintendo’s own digital showcase later in that week.”

Another day, another New Nintendo Switch rumor and report courtesy of Bloomberg, who says that Nintendo will begin assembly of the new model this July and will release the “upgraded replacement” in September or October.

This “replacement” is meant to phase out the current Switch model over time, with Nintendo maintaining the Switch lite in its portfolio. The upgraded model is said to have DLSS Support and a 720p Oled screen capable of docked 4K, and may release at a price point that’s above $299.

While no official announcement by Nintendo has been made about the New Nintendo Switch, Insider ArcadeGirl64 is confirming Bloomberg’s report, saying that “an announcement is imminent”, and it could even come within the next few days.

Will you be getting the New Nintendo Switch if and when it comes out? 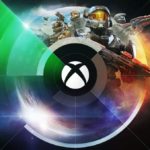 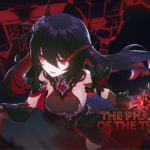