During the recently concluded Nintendo Direct, rumors were finally put to rest as Nintendo has officially announced that Nintendo 64 games will be coming to Nintendo Switch Online in late October as an “Expansion Pack”, which is a new pricing tier for the service. Those with an existing Nintendo Switch Online plan can switch over to the new tier.

There’s quite a list of games that will be added, including the likes of:

Additionally, more titles will be added in the future such as The Legend of Zelda: Majora’s Mask, Mario Golf, Pokémon Snap, F-Zero X, Kirby 64: The Crystal Shards, Paper Mario, and Banjo-Kazooie.

In a stroke of irony, Sega Genesis games will also grace the service, including the following titles:

Alongside this update, Nintendo will also be releasing Nintendo 64 and Sega Genesis controllers for $49.99 each and can be used wirelessly. No release date has been announced for these controllers.

More information about the new pricing tier for the Nintendo Switch Online service will be revealed soon and will be released in late October. 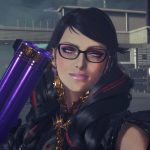 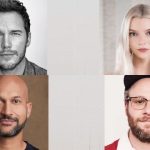