Revealed during Annapurna Interactive’s Summer Showcase, the critically acclaimed title Outer Wilds finally gets its first (and only) expansion in Echoes of the Eye, which is now available.

Outer Wilds: Echoes of the Eye invites one last journey into the wilds after the introduction of a new museum exhibit – a new trailhead into the wilds. As you embark on that last journey to find answers in the farthest depths of space, will you uncover its ultimate dark secret or bury it forever?

Outer Wilds is an award-winning open-world mystery about a solar system trapped in an endless time loop that ends with their sun exploding in a supernova. The game has won numerous game of the year awards including D.I.C.E. Awards, Game Developer Choice Awards, and the British Academy Games Awards.

Developed by Mobius Digital, this $14.99 expansion will also be available in the bundle Outer Wilds – Archaeologist Edition for $39.99. So if you missed it the first time around, you can experience the complete journey with this new bundle.

Outer Wilds: Echoes of the Eye is now available on the PS4, Xbox One, and PC. The Nintendo Switch version will launch at a later date. 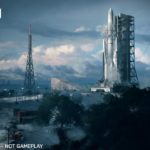 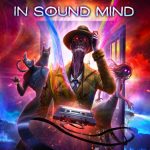