The Xbox Games Showcase Extended took us on an in-depth look with the developers, featuring the games revealed during the Xbox and Bethesda Games Showcase on E3 2021. One thing that was notably missing was Ninja Theory’s Senua’s Saga Hellblade II. The good news is, we get an “update” from Ninja Theory featuring a sizzle reel of what they’ve worked on so far for the last few years.

Ninja Theory wants the sequel to be something special so they’re attempting to recreate 9th century Iceland as best as they can, by capturing geographic footage as well as the main actress for Senua to go through intensive combat training. From what they’ve shown, it’s looking pretty good so far and hopefully we get to see either a cinematic teaser or a full on gameplay trailer soon.

It does look good, but also it looks like the team is taking their time to create something special. It would be a safe assumption that the game may not even release in 2022, especially with the prevailing situation with Covid that has managed to delay a lot of games into next year.

Senua’s Saga Hellblade II is a scheduled exclusive to Xbox. 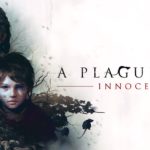 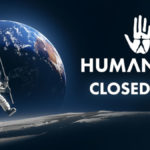 Humankind closed beta lets you play through 5 eras of history