More than a year after it was first announced, we finally get a better look at Suicide Squad: Kill the Justice League courtesy of DC FanDome 2021.

Scheduled for a 2022 release for the PlayStation 5, Xbox Series, and PC, Suicide Squad: Kill the Justice League shows off its story trailer that’s looking quite impressive, where the group is tasked to take on corrupted versions of some members of the Justice League, particularly Superman, The Flash, and Green Lantern, among others.

The game is set to feature an original story in the Arkham universe where players can enjoy a single-player or online multiplayer affair as either Harly Quinn, Deadshot, Captain Boomerang, or King Shark.

Suicide Squad: Kill the Justice League is scheduled to release in 2022 for the PlayStation 5, Xbox Series X, and PC. 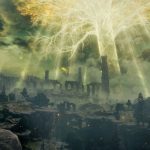