Remember those times when you spent hours trying to land that 900 just like Tony did over at the X Games? Well now you can do it again in stunning 4K 60FPS as Tony Hawk’s Pro Skater 1 and 2 both receive remasters and is scheduled to release on September 4.

As announced in the Activision Blog, Vicarious Visions, the studio behind Crash Bandicoot N. Sane Trilogy, have teamed up to bring back this classic for the PlayStation 4, Xbox One, and PC via the Epic Store.

It has been confirmed that the original levels and even the songs from the original game will be making a comeback, including online multiplayer.

For the real skaters out there, you’ll want to get your hands on this gnarly collectors edition, featuring a limited run Birdhouse deck featuring the Falcon 2 design and a printed autograph of Tony Hawk, along with the game and all the digital deluxe content. 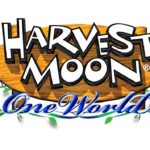 Harvest Moon: One World is coming in Fall 2020 for the Nintendo Switch 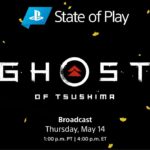