When Virtua Fighter launched back in 1993, SEGA marketed it as “real 3D fighting”, breaking away from the 2D standard that Street Fighter 2 and Mortal Kombat have set as the status quo. Almost thirty years later, Virtua Fighter 5 Ultimate Showdown continues the legacy that was built at its core, further boosted by Ryu ga Gotoku Studio’s famous Dragon Engine. What’s best is that it’s a featured game for the month of June for both the PS Plus and PS Now, so there’s practically no reason not to at least give it a run.

Before I converted to the church of Tekken, I was a big Virtua Fighter guy, loving the series all the way until Virtua Fighter 3. Ever since the PlayStation era though, it was quite sad to actually move on and leave all my memories of Virtua Fighter behind, so you can just imagine how much of my interest was rekindled since this was announced.

With the game making a comeback in a big way, it would be great to see how Virtua Fighter 5 Ultimate Showdown holds up in the current Fighting Game scene, especially with some big hitters like Guilty Gear Strive in the mix.

What you get from Virtua Fighter 5 Ultimate Showdown will include mostly online play options (rank or unranked), which is where you’ll be spending most of your time. This iteration pushes a heavy focus on online competitive play, which makes sense as a PS Plus release, but stumbles a bit with certain choices, which we’ll get to later.

The offline modes consisting of Arcade mode, the local versus match, and training mode, are pretty standard fare, so no real surprises there. I went ahead and played the Arcade mode on Normal difficulty, and it immediately brought back the memories of losing out repeatedly to a cheesy Pai Chan from way back.

I was a Lion main for a pretty good deal of Virtua Fighter 2 and 3, but years after, I’ve almost completely forgotten everything about him, so I switched up to Jacky Bryant, who has always been a quick and easy character to button mash use. The biggest come on for Virtua Fighter 5 Ultimate Showdown is how you could easily free flow between the combos and chain almost all the moves, which is great for beginners who are trying to find their way in the game. Don’t let this fool you though, as VF is very complex to master, putting emphasis on timings and accuracy, which differs from character to character.

Ring outs are still present, and walls, reminiscent of Fighting Vipers, are also present, allowing you to chain combos against it. The one thing that didn’t change in Virtua Fighter 5 Ultimate Showdown is the simple Punch-Kick-Guard button mapping with a dedicated guard button, which will be the biggest point of contention if you’re coming from other games that utilize a more traditional “hold back to block” approach. It may sound like something simple, but could very much be the one thing that can turn newcomers away.

One thing that other fighting games did to get the players invested in their “universe” was to pump up their story mode. Admittedly, most players will breeze through this just to get certain unlockables or trophies, but there are players who do appreciate the back stories of these fighters. Virtua Fighter 5 Ultimate Showdown, on the other hand, is a no frills straight up fighter with no story mode endings to speak of. This meant that nothing was really motivating me to go through the roster to get to know them more, no matter how minor their story arc may be.

As mentioned earlier, this is because Virtua Fighter 5 Ultimate Showdown puts a heavy emphasis on online competitive play, which is front and center in the game, so players looking for some sort of entry point in the game before heading to online play will be disappointed.

Despite its online focus, Virtua Fighter 5 Ultimate Showdown doesn’t employ rollback netcode, which is quite surprising since it is popular among the fighting game community, and was widely praised when Guilty Gear Strive first opened its doors for a beta test. The current solution, while serviceable, isn’t quite as elegant, and feels very much like a missed opportunity. The experience can be iffy the most of the time, but when it works it’s good.

One thing I have to mention though is that the Dragon Engine works wonders on Virtua Fighter 5 Ultimate Showdown because it looks fantastic. I remembered Virtua Fighter 3 looking smooth and beautiful back in the day, but damn, the Dragon Engine outside of the Yakuza series is gorgeous, and it is really highlighted by the various customization options that the game has per character, which the Legendary Pack DLC graciously offers, providing the player with not only customization items to play with, but also nods to previous entries like stages and battle UI from the original game.

Verdict: Wait for it

I really appreciate how Virtua Fighter 5 Ultimate Showdown keeps the legacy of the past by maintaining their core values and keeping the game as intact as possible. The game is easy enough to get into for newcomers, but the updates and polish make it also something that long time fans will enjoy. However, I feel that if you’re not a competitive online player, it’s best to grab it on your PS Plus or PS Now (if applicable) subscription.

Players who are looking for offline content may have to look elsewhere, as Virtua Fighter 5 Ultimate Showdown offers a bare experience on that front. It’s a good nostalgia tickle, but unless you’re one who is serious about online competitive play, there’s almost no draw for lapsed fans or casual fighters to drop the full cost of the game on Day One.

*Virtua Fighter 5 Ultimate Showdown was reviewed on a PlayStation 5 via a review code provided by the publishers. 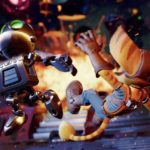 Ratchet & Clank: Rift Apart devs speak up about not having to do Crunch 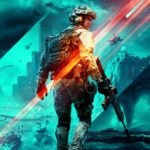