The Siege of Paris, Assassin’s Creed Valhalla’s next major expansion, launches in August

Eivor’s adventures are far from over, and following the Wrath of the Druid update, this latest journey will take our protagonist to Francia as The Siege of Paris expansion will be made available starting August 12.

Set in Francia, The Siege of Paris expansion will offer new quests and dangerous locales that Eivor can explore, which will lead to one of the most infamous conquest battles in Viking history. Players can get their hands on new weapons, gear, and abilities, as well as the return of fan-favorite Infiltration missions

Season 3, known as the Sigrblot Season, will go live on July 29 and will bring Summertime to the players with the limited-time event Sigrblot Festival, which celebrates the start of the Raiding season.

The Sigrblot Festival will run until August 19 and will include various activities such as:

Assassin’s Creed Valhalla is now available for the PS4, PS5, Xbox One, Xbox Series, and PC. 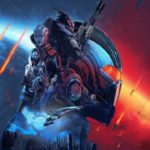 Mass Effect Legendary Edition choices made by players are rather interesting 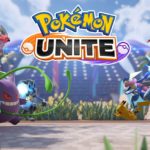