Being indulgent is almost a trait that comes with being a visionary game director, each having their own way of delivering their body of work to varying degrees. Nobody embodies this more than the director’s director, Hideo Kojima himself, and no other game represents this more than Death Stranding.

Say what you will about Kojima, but you can’t deny his overall vision and dare I say, genius, when it comes to creating worlds that surpass conventional imagination and then collectively blowing our minds once the whole story comes together.

Death Stranding Director’s Cut is a culmination of ideas that form a whole package, a ‘greatest hits’ of Kojima’s creative process that finally makes its debut on a current-gen system. The Director’s Cut includes a ton of new content for us to continue re-discovering the game that was once played before our own collective Death Stranding, the Pandemic, and then now living through it first-hand.

Ladies and Gentlemen, get inside your body bag as Sam Porter Bridges ferries us once again through post-extinction America.

*You can read our original review of Death Stranding here.

What’s new in the Director’s Cut?

For a first-timer, Death Stranding could be an overwhelming experience. It’s certainly one of a kind – something that can only be described as a walking simulator of sorts where you play as Sam Porter Bridges, placed with the task of “reconnecting” America through a whole bunch of deliveries all while expanding a Chiral Network that allows players to interact in a massive world-building exercise.

The amount of immersion and high concept that surrounds the game will definitely capture the imagination and keep one busy for days. Veterans who have gone through the wringer will wonder what the Director’s Cut will have in store for them to merit the experience once again.

The answer? Plenty. All good? So so, but plenty.

New content will grace you as early as Chapter One where Die-Hardman talks you through the process of using Suggested Routes. This is a godsend especially for newcomers or veterans who can’t be bothered with planning their trip beforehand (like me). The feature will offer you options on which route to take, each with a difficulty level and some useful notes that mention whether the area has some challenges you’d like to take on or avoid.

Players will also gain access to early-game tools in the Maser Gun and the Support Skeleton, both of which alleviate some of the frustrations found the first few hours of the game. At the same time, you’ll gain access to a Firing Range that opens up a set of challenges and ranked drills, which is reminiscent of Metal Gear Peace Walker Extra Ops, letting you flex your mettle against AI MULEs with global rankings for good measure.

With these additions alone, you can immediately see what Death Stranding Director’s Cut is trying to do – easing players in as comfortably as possible. Some of the feedback from its original 2019 release talks about how the game starts very slow and only really picks up after Chapter Three or Four, so these additions certainly make the early game more bearable and not as boring.

We’re also treated to a piece of new content called “The Ruined Factory” that reminds us of another famous Kojima creation from years ago, carrying strong energy that is unmistakably Metal Gear.

The Ruined Factory will become a recurring destination in your playthrough and will slowly unveil itself the more you proceed with the story, although I found it to be anti-climactic despite the build-up.

Another new addition, the Fragile Circuit, can be accessed after fulfilling some story-based orders towards the end of Chapter 3 and will require a hefty amount of Metal and Ceramic to complete.

There’s a bit of an ironic novelty to the entire ordeal, where you take vehicles that are meant for transporting cargo and use them for a quick spin around the track. Even so, it can prove to be a distraction in between deliveries. There are a number of tracks to choose from along with a limited number of vehicles where you can compete for the fastest time.

It didn’t pull me in as much as I thought it would, but others could find some semblance of fun here, especially for competitive players.

Speaking of deliveries, there are a number of new tools that will help Sam become the great deliverer of legend. From an automated Buddy-bot that can carry your precious cargo (it can even carry you!) to a Cargo Catapult that shoots packages over long distances, the name of the game is convenience and Death Stranding Director’s Cut gives just that.

In particular, the Buddy-bot is fantastic especially when you’re off to building structures that require large amounts of materials that would normally burden Sam, essentially giving players extra incentive to go out and start building stuff.

The icing on the cake are the new additions to the already brilliant soundtrack. Tracks from Low Roar and CHVRCHES heighten the meditative isolation of the world but when you add the strong electronic jazzy beats of Woodkid into the mix, it just goes full circle. “Pale Yellow” hearkens back to Snake Eater’s main theme while “Goliath” deeply embodies the isolation seen in Death Stranding Director’s Cut.

Death Stranding introduced us to the concept of Timefall and BT’s which are just some of the things that inspire terror for a defenseless deliveryman. The experience was already intense back during the PS4 but the improved hardware on the PS5 really takes it home.

As early as the prologue, the haptics already captures the rugged effect of the rocky terrain and the rough patch of land rumbles through your controller as you scour through the badlands, playing in tandem with audio coming from the controller speaker to emulate the terrain. You won’t feel every step, but certain terrain varieties will reflect on your DualSense.

Adding 3D audio to the mix, the terror of the BT’s comes to life especially when you find yourself surrounded. You’ll hear screams and screeches from left to right, all while navigating through the pitter-patter of Timefall.

Death Stranding Director’s Cut also employs the use of adaptive triggers, mostly evident when you need to put a grip on your cargo. There’s a certain level of force required to press down on these triggers, and while the experience is rather lackluster, it still ticks off a checkbox for DualSense capabilities.

Kojima was certainly aiming for an experience here and now with the hardware to back it up, his vision can be fully realized and brought to life. Prepare to have your charging cables ready though, because immersion comes at a price and is a massive drain on your DualSense, even carrying over to long and drawn-out cutscenes.

As you progress through the chapters of the game, you’ll notice that all of these updates really give a definitive feel and depth to the whole package. At the cost of a measly $10 for the current-gen upgrade, you can go ahead and turn fragmented America into your personal playground.

Unlike Ghost of Tsushima Director’s Cut before it, transferring saves to your PS5 still requires the PS4 version to be installed first, uploading your save file from there and finally downloading it to your PS5. It’s not overly complicated and should only take a few minutes if you have the PS4 version on the ready, but could definitely be easier.

Death Stranding Director’s Cut offers 2 graphical modes – Fidelity and Performance. Just based on my experience alone, there was hardly any difference at all between the two. On fidelity mode, the game still performed admirably with almost no noticeable frame drops running on Native 4K. Performance mode, on the other hand, still possessed the same fantastic visuals using dynamic 4K. With this comparison, Fidelity mode was our personal choice since it ran at almost the same frame rates.

It could be my old eyes and would probably be better judged by the wizards at Digital Foundry (they’re really good), but Death Stranding Director’s Cut just looks and performs as good as you would hope.

Death Stranding Director’s Cut also almost eliminates loading times, which is a massive improvement from the original. Loading on a PS4 ran for nearly 2 minutes from dashboard to loading your game, while the PS4 version running on a PS5 cut that in half to nearly one minute. This version? Around 15 seconds from dashboard to getting you in the game, and almost instantaneous during the in-between sequences. Faster than a Fragile Jump.

So here’s the thing – Death Stranding is Death Stranding. It is a highly divisive game that some will love while others will hate with a passion. If you don’t like it, nothing in the Director’s Cut will change your mind about the game. If you do like it? This version simply elevates the experience.

Personally, a perfect game sounds something like getting to walk the fragmented landscape of America, delivering packages to disparate people, and keep learning and listening to their stories about how the human condition continues beyond the post-extinction events.

Death Stranding really comes close to that, and while it also comes with some of the quirks we’ve come to love and hate from Kojima, it is an experience on its own level.

Death Stranding Director’s Cut completes the world, turning it into something that was meant to be. America becomes your playground, complete with racing tracks, tools to make your deliveries easier, and even another side-story to uncover. You may not partake in them, but they’re there to enjoy if you choose to.

Life during this pandemic changed my perspective about this game – it was life imitating art, and now that we’ve experienced our own “Death Stranding”, it’s now art celebrating life.

*Death Stranding Director’s Cut was reviewed on a PlayStation 5 via a review code provided by the publisher. 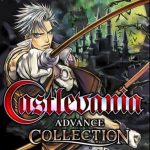 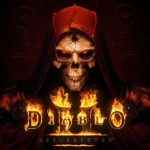