Fan has unlocked every PSN Final Fantasy Trophy to date

It takes a particular enthusiast to unlock trophies and go the full 9 yards for the Platinum, but the effort it takes to actually unlock every trophy from every game available in a series is quite something.

As spotted by Kotaku, a Final Fantasy fan named Talan Kirk who goes by PSN ID Rebourne07 has done just that. In fact, he has every single Final Fantasy trophy since the first trophy offered for the series, which was for Final Fantasy XIII back in 2010, and it has taken him a whole decade to finally close out the series.

Let’s rewind quickly to 2 years ago, where a Reddit post was made by Kirk stating that he was one of only two people in the world during that time with every Final Fantasy trophy there is for the PlayStation, along with another player who goes by the name of SkullRobot. Kirk goes on to say that the hardest one to complete for him was Final Fantasy X, with Final Fantasy XIV being the one that took him the longest.

As of 2 days ago, Kirk has completed what most people would think to be an impossible task – getting every Final Fantasy trophy. Talk about commitment!

You would think that he would have all the free time in the world to actually achieve this, but he has done so while raising three kids along with a full-time engineering job. Some of us feel a little inadequate after this.

This is certainly quite the feat and unless you’re extremely dedicated, Kirk actually doesn’t recommend anyone following in his footsteps. I’m happy with my pair of Platinums from the recent remake, and I don’t think anyone will ever get me to play FF XIII again. 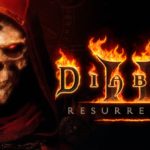 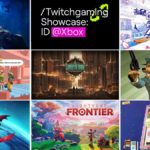