In a surprise announcement back in E3, it seems that the Final Fantasy Pixel Remaster is set to launch in July for the PC and Mobile devices.

A leaked video, which has now been removed, was a 30 minute presentation that featured Final Fantasy icons such as Hironobu Sakaguchi, Nobuo Uematso, Yoshinori Kitase, and much more. Towards the end of the video, a new trailer for the upcoming Final Fantasy Pixel Remaster was revealed, along with a July release.

Wario64 on Twitter has some screenshots of the upcoming titles, and it seems to be (at least from the pictures) to be faithful representations of the games from way back.

No specific release date has been given yet, but you can expect this to launch next month as individual titles. It’s hard to imagine that these games won’t hit consoles, especially the Switch, so we’ll just have to wait for further announcements on that front.

Now get us that Final Fantasy VI 2D-HD ala Octopath Traveler, please? 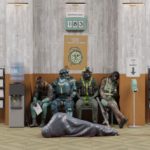 Project Condor, a multiplayer spin-off of Control, has been announced 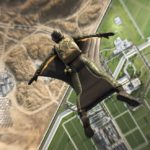