One of the most addictive action-RPG franchises from Japan returns to Nintendo’s handheld console, albeit in a time when most of us wouldn’t have a reason to go out anyways. Monster Hunter Rise is the latest entry in the series of games that, only three years ago, took the world by storm with Monster Hunter World, but now resides once again in the warm fuzzy embrace of the most charming sibling in the family, the Nintendo Switch.

At 4 million units shipped over just a weekend, it was seemingly a done deal already as early as when the limited-access demo was released: the formula of MonHun both stands the test of time and the rigors of adapting to modernization.

It isn’t the first time Monster Hunter was put on the Switch – MH Generations Ultimate came before it as an HD port of the 3DS release, but it’s hardly a benchmark, as MH: World became the gateway drug for many a fledgling hunter to the world of big steaks, big swords, and bigger monsters.

How does this 6th entry in the main series do? Read on, and by the end, you’ll have a pretty good idea (full disclosure: I love this game).

The tale is familiar with each new Monster Hunter release – the latest game builds upon those that came before it, with a few choice new gimmicks that keep the eponymous objective fresh. Rise does exactly that at first glance, keeping the fairly new seamless adventure maps among other quality-of-life improvements that let you stick closer to the actual Monster Hunting.

You awake in the village of Kamura as a newly-employed Hunter of monsters. Looting a monster gives you materials that can be combined and crafted into all manner of tools, weapons, and armor, and thus is the loop established. Hunt your target, get better gear, hunt bigger targets, get better gear, like a 3D fantasy Megaman wherein you wear the skins of your enemies. Charming, isn’t it?

Monster Hunter has never been about a gripping sequence of narrative, but nothing was stopping Capcom from putting in scripted events and a loose story to hold the addiction package together better, and for Rise’s quest sequences, I am thankful for the more streamlined and dressed-up progression design. It’s a lot less tedious now to progress than it was for older MH games.

As with almost every Monster Hunter game, progression is split into Low Rank and High Rank, with the latter being more complex fights and scenarios with the same monsters (plus a few more that do not appear in Village and Low Rank quests). It’s safe to assume that High Rank is the current end-game, and a high(er) rank will be patched in sooner or later by Capcom.

The set of antagonist monsters in Rise is the most well-presented batch of monsters yet in MonHun. There are series staples like Rathian, Rathalos, and Tigrex returning, while some all-new ones based on Japanese Yokai (folk myth-influenced monsters) like Aknosom (based on the umbrella-ghost Kasa-obake), Tetranodon (a big kappa-like herbivore), and the box-art posterboy, Magnamalo (whose name in Kanji literally translates to “angry tiger dragon”).

The graphics are stunningly pretty – and as I’ve been convinced after nearly a month of playing only Rise exclusively, it may just be the best-looking Switch game to date. The console handles the wild panoramic vistas quite well – draw distance is cleverly designed around, and you’ll be able to see a lot even in your tiny Switch screen.

Capcom’s RE Engine proves itself here, putting out steady 30FPS outside of (and most of) combat whether handheld or docked. It’s not particularly remarkable in this age of 60FPS, but it serves the Switch and Rise well. Performance dips on some occasions, like when more than one large monster comes across the hunter in the same map, but does not affect enjoyment of the game by any means.

Audio production boasts an aura of authenticity, with a current setting of the land of Kamura heavily influenced by ancient Japanese myth, the music would not feel the least bit out of place in an enka, Noh, or Kabuki theater performance. It’s safe to say you will be putting in dozens upon dozens of hours into this game, so prepare to get earwormed.

Not as grindy and repetitive as one may think

Rise has the shortest hunts on average compared to other mainline MonHun games, and that tells me that the developers have grown a renewed respect for playing time and convenience. There’s still the abysmal drop chances of some of the rarest loot, but it’s not as big a deal now as compared to when there were fewer resources to work with.

There’s a wealth of information that’s now no longer kept from the player in Rise, a far cry from the baffling mysteries of its PSP predecessors. You don’t have to read a wiki anymore before you can get to enjoy this game – weapon combos and skill effects, monster weaknesses and loot tables are all a click away IN the game.

It’s not perfect though, as the game presents all of this wordsalad to you in a hilariously long parade of wall-of-text tutorials, and yes, it does get overwhelming. Having played with a few new players that I’ve recommended this game to, I’ve gotten a quite common piece of feedback: “I wouldn’t have played this if it weren’t for the cute cats”. Fair, but Rise rewards its players much earlier and much more consistently than the other games in the series. The game can be hard at times, but it is more often than not, rewarding.

Rise does suffer from the weight of the gameplay systems that the whole franchise has been grown from. There is no one correct way to play MH Rise, and discovering the myriad details of the game is part of its allure. Failing quests can be tough, but coming home to Kamura to eat some Dango and play with your talking cats (Palicos) and semi-talking dogs (Palamutes) makes the sting a little less painful.

Here’s more: finding a Relic Record (sort of this game’s version of a secret area), rewards you with some written poetry. These small and neat additions add to the color of your life as a hunter, past the hunting. It’ll take a while for you to run out of satisfying things to do in this game. There’s even the addition of the game’s quite-fun Camera function (you have a pet owl to hold it if you want a selfie), which is another unique experience I never thought I’d enjoy.

The touted new quest type is called the Rampage, and plays like a 3rd-person tower defense game (think Orcs Must Die). Different players may have varying opinions on whether it is fun or not, but I think it’s a fresh addition to the plethora of gameplay options attached to the main premise, and is also an alternative way of earning materials to fuel the cycle of upgrading and making gear.

It’s More Fun With Friends, or Even With Randos

The new “Join Request” system allows you to open up your game to random online players who might be having the same quest target as you do and have them join mid-hunt, just like in World. You part ways with them after the hunt results screen is done. That’s about all the window for socialization you might get with randoms, though, most times.

There’s a new “like” system, though, and when two players like each other mutually from their ends, then they get listed down as potential friend invites, should you wish to make a lobby in the future and bring them in. It’s not much, but it is something, and this can be good or bad for your experience, depending on how you like your multiplayer sessions with randoms to go.

The connection problems that plagued Monster Hunter World is all but gone now, and Monster Hunter Rise takes advantage of it by making the actual hunting easier to get into, taking you into the game faster and keeping you there longer.

Constant improvement is the name of the game – and as the franchise has added more and more mechanics over the years, so do the players pick up a bit more about it each time they hold a controller and load up Rise. Trimming the fat on some of the old quirks left behind from previous generations’ limitations have resulted in a truly modern form of Monster Hunter, that just begs for it to be played wherever you may be. Rise is an easy recommendation for all who look for the David-vs-Goliath thrill in an action RPG: what seems hard and complex to hurdle will soon be a very satisfying victory celebration.

Rise is unabashed with its playfulness and adventurism – something that the series’ designers have worked to never lose. Monster Hunter Rise is an assurance from Capcom that this franchise keeps putting out good games. They may not be the best – but the familiarity keeps loyal fans playing, and the innovations keep bringing in new fans into the fold. Monster Hunter has always been a game about overcoming seemingly insurmountable odds, and Monster Hunter Rise, well, rises to the occasion, as much as it expects its players to.

*Monster Hunter Rise was reviewed on the Nintendo Switch via a review code provided by the Publishers. 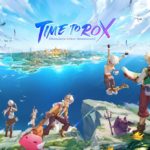 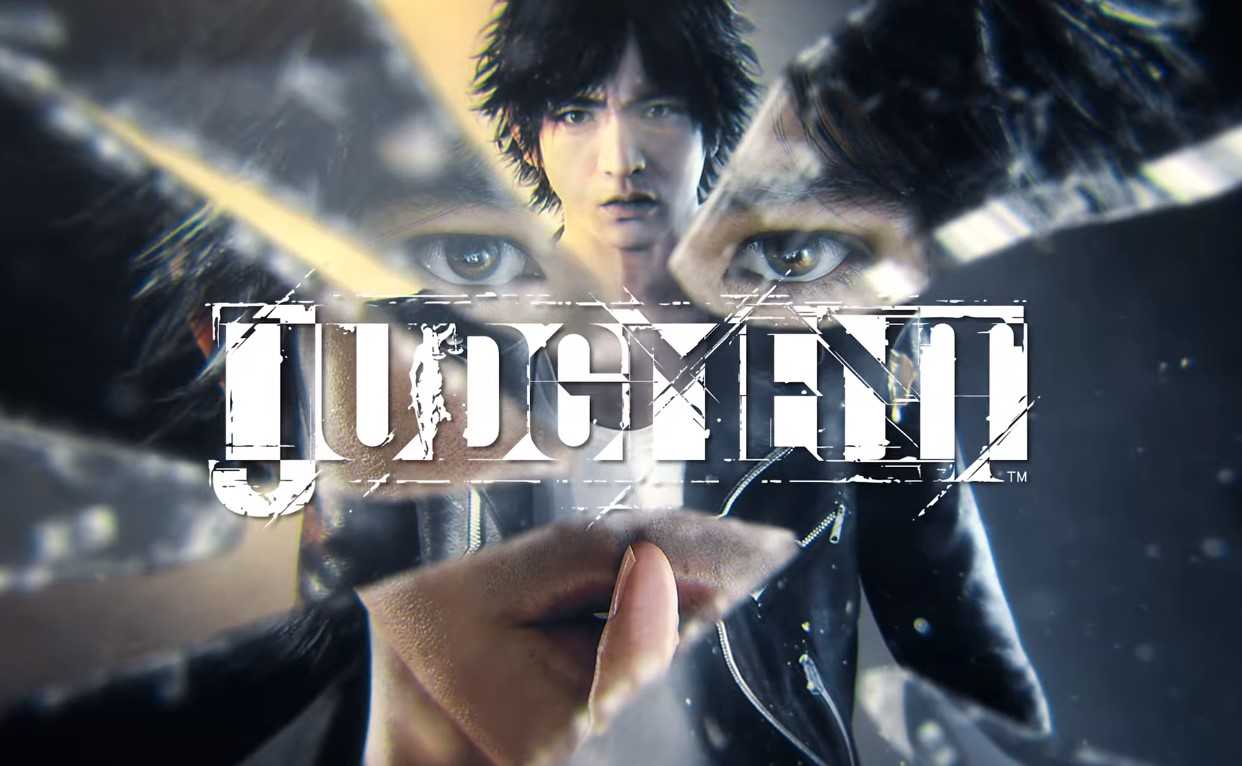