Ratchet & Clank Rift Apart has officially launched worldwide and celebrations are definitely in order for this much anticipated title. Notably, the PlayStation Studios family are posting fantastic artwork that features a crossover of characters that is truly worth the look.

Without starting a new controversy, Naughty Dog posted this piece showing a funny juxtaposition between two different worlds in the same post-apocalyptic setting. What do you think of AbbyxRivet or ElliexRatchet skins?

This is probably the next best thing to a Ragnarok reveal, Santa Monica Studios is showing this crossover art poking beyond the Nine Realms.

There’s no sequel in sight for Days Gone, but a new IP expanding on its universe… maybe a peek into the new one in a fluke Dimensionator? Bend Studio lists the ways.

Pixelopus is joining the party creating a Rift Apart from nothing more than a paintbrush.

And last but not the least, Sucker Punch lets the Lombax pet the foxes.

It’s quite nice to see some positive reinforcement in this regard, it almost brings a tear to my eye. 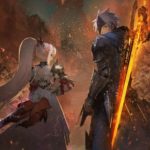 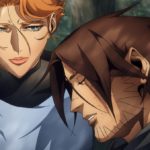