During Nintendo’s E3 presentation, it was revealed that Shin Megami Tensei V for the Switch would be releasing on November 11, with pre-orders for the game coming later in the month.

Shin Megami Tensei V special editions have also been announced, which feature a couple of variants that fans and collectors will want to keep an eye out on.

First off, we have the Shin Megami Tensei V Steelbook Edition, which is the actually just the standard edition of the game but with a free steelbook. The Steelbook looks FANTASTIC, and will surely be a must-buy for fans. The Steelbook edition will retail for $59.99 (Around PHP3,000).

Next up, and the edition that will surely sell out fast, is the Shin Megami Tensei V Fall of Man Premium Edition, which includes additional goodies on top of the base game. The full package will retail for $119.99 (around PHP6,000) and will include:

Some international retailers have already released pre-orders, with some unsurprisingly being sold out instantly. No news on local preorders yet, so we’ll have to wait until stores like Datablitz or Game One PH throw us a bone.

Shin Megami Tensei V is scheduled to release on November 11 exclusively for the Nintendo Switch. 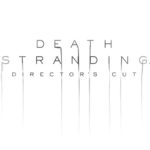 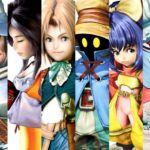