Sony has been sticking to the silent approach so far, keeping mum on their next generation offering apart from unveiling the ‘new’ logo, some specs, and the DualSense controller. Oh, and who can forget that stunning tech demo, giving us a peek into the next generation.

A few weeks ago, reports from Jeff Grubb and a nod from Jason Schreier placed a rumored PS5 event sometime towards the end of may or early June and just to tie it all up, Sony has jumped in on the bandwagon.

According to Takashi Mochizuki, a tech writer from Bloomberg, Sony will “soon be announcing a strong lineup of PS5 games”, which also coincides with a recent tweet by insider Nibel.

How soon? No one can really say but all of the previous noise points to the next 2-3 weeks, which shouldn’t be too long from now.

As for the ‘strong’ lineup of games, we still have to get a glimpse of the new studio offerings. Some titles like Assassin’s Creed Valhalla have already been confirmed to release for the PS5 but as far as exclusives go, which is the PlayStation bread and butter, we’ve yet to receive real concrete news about this.

A corporate strategy reports also outlines that “The launch of PlayStation 5, scheduled for the holiday season of this calendar year, will deliver even more immersive experiences on a game console. Higher speed, enhanced sensory perceptions generated by its revolutionary controller, and sound delivered in 3D audio will combine to realize truly next generation console game experiences unlike anything before.” Despite COVID-19 issues, looks like Holiday 2020 is still good to go.

Even at least through these reports, we’ve been hearing the PS5 a little more as the weeks go by, which hopefully means that a full reveal will happen sooner rather than later. Will we get our socks blown away? We sure hope so. If the DualSense was any indication of how social media will react to the news, just think about what the full reveal will bring. 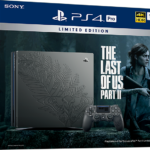 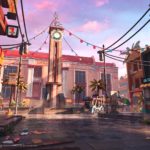