Voice of Cards: The Isle Dragon Roars Review – Believe in the heart of the cards

Voice of Cards: The Isle Dragon Roars quickly became one of our most anticipated games after its surprise reveal back in the September Nintendo Direct.

The premise of Voice of Cards is delectably simple – the entire game world is played on a game table where the story is told by the game master with the entire world being made up of cards. It feels like an intimate RPG campaign you play with a GM as they go through the story.

What transpires in Voice of Cards is this interesting quest narrated fantastically by Todd Haberkorn (Adachi from Persona 4 and Natsu from Fairy Tail). It’s an interesting journey that brings forth a classic JRPG quest that we know and love, told from a tabletop perspective that really had me hooked from start to finish.

We Have Ourselves An Adventure!

Traversal is quite simple in Voice of Cards, as you can simply use your directional buttons to move towards an area, which slowly reveals itself to you. Once you’ve opened up every face-down card, you can “fast travel” by selecting an open-faced card to move to.

Dungeons can be a bit more tricky as camera movement is limited, limiting your “fast travel” to a few blocks. Some dungeons need items like torches to traverse, while other dungeons could be harder to navigate because of fog or other challenges.

In a way, Voice of Cards is reminiscent of your classic JRPG exploration but via a tabletop method, which is such a creative way of repackaging the exploration process that freshens up the experience.

Randomized events liven up things as they add an extra layer of adventure towards your free-roaming on top of random encounters. You can run into treasure hunts, traveling merchants, or even optional challenging battles.

Towns work the same as regular JRPG towns, where you can unlock extra quests from conversing with townsfolk, peruse shops and inns, as well as take your chances in the Game Parlor. When you complete some fetch quests, you could receive Mysterious Cards for later use.

The aforementioned game parlor introduces an addictive Triple Triad-like Uno card game that wins you cosmetic items that changes the look of your board, cards, and dice. Once you unlock all the optional rules that add a little more challenge to the game, you can start winning in-game prizes.

Did we need the voice?

Voice of Cards is a rare instance where I actually prefer the English dub to the Japanese dub because of Todd Haberkorn’s sardonic and sarcastic delivery. The Japanese dub presents this game show type high energy feel, while Haberkorn provides a tired voice who has probably delivered his speech to countless visitors, and now to you. It gives the Voice character and some humanity, which I greatly appreciate.

Weirdly enough, the novelty wears off after a while only because of the simple fact that it becomes quite redundant later in the game, losing its veneer quite quickly. Voice of Cards would’ve benefited greatly from a diverse voice set that could elevate the story with the appropriate voices to characters.

One thing that doesn’t get tiring is Keiichi Okabe’s music, keeping us company throughout our journey. It reminds me so much of the remixed Devola’s music from NieR Replicant, and I do love myself an epic and classic JRPG track to go along with my many adventures.

If you want something more familiar, I recommend purchasing the Devola BGM set to get back that classic NieR feeling. When every boss battle cranks up “Song of the Ancients”, it adds an extra kick of epic to this amazing game.

Voice of Cards proved to be an exciting adventure with a serviceable story but sadly ends earlier than I would have wanted it to. The main quest will probably take around a weekend of game time (around 10-12 hours) and even after a few hours, you’ve already scoured through most of the map.

Voice of Cards presented something cool for us to play with and left before it got too tedious, but I could’ve used another dungeon or continent to explore since the game already had me wanting more, even if it has multiple endings.

The collectibles in the game are its biggest draw. The flavor text really brings the world to life matched by its fantastic art and sometimes, I would buy outdated equipment just so I can complete my virtual collection. While “catching them all” would require a fair amount of repetition, I did enjoy the combat system in Voice of Cards enough to warrant the grind.

Voice of Cards is a pretty straightforward affair that’s hard to put down but at the same time, seems to be something that players may breeze through. The level cap is easily attainable and the overall difficulty isn’t too challenging, allowing me to power through the campaign easily.

Voice of Cards looks utterly fantastic on the Nintendo Switch OLED, and while its loading times could use some improvement compared to its PS4 port (played on a PS5), the portable nature of the Switch makes it perfect for this type of game.

Voice of Cards: The Isle Dragon Roars is highly enjoyable because of its classic JRPG roots paired with a fantastic audio-visual onslaught that results in a short but sweet adventure. While I wanted more out of the experience, I very much liked what I got plus it tickled my appetite for more NieR. The adventure was easy to get into and the collectibles kept me around until the eventual end.

For its price point, Voice of Cards introduced me to a refreshing tabletop experience using familiar JRPG tropes and characters, with the icing on the cake being another card game that’s just as addicting as GWENT and Triple Triad.

Yoko Taro and friends prove without a doubt that the JRPG format is timeless. The presentation throughout the years may have changed, with some fantastic revisions here and there, but a little tweak can indeed go a long way.

*Voice of Cards: The Isle Dragon Roars was reviewed on a PS5 and a Nintendo Switch with a review code provided by the publisher. 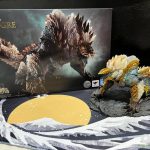 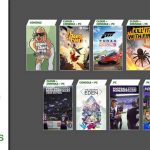