If you haven’t jumped on the Wildermyth train yet, maybe it’s about time you should! It’s a great strategy RPG that’s unfortunately only on PC at the moment, so there’s some good news for fans out there waiting for a console port.

The news comes by way of Fanbyte and their “Thanks for the Knowledge” podcast, which reveals that Worldwalker Games Founder and Programmer Nate Austin confirmed plans for an upcoming release. Excited fans should be willing to wait though, as the release may take “at least a year” due to technical constraints.

As it stands, Wildermyth is built in Java, which is not supported by the Nintendo Switch, so porting will definitely take time to do so. In any case, the fact that it is coming eventually is great news for a lot of players out there waiting for a port.

Wildermyth is now available for the PC via Steam. 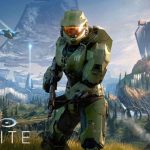