During the recently concluded Gamescom 2021 Xbox Showcase, Microsoft announced that Xbox Cloud Gaming is finally coming to Xbox Series and Xbox One consoles in the Holiday of 2021.

Cloud gaming using consoles? What does that mean? It basically means that you don’t have to purchase a new console to try out games featured on the Cloud Gaming catalogue. As such, you can play Xbox Series games with your Xbox One, how crazy is that?!

The service will be available to Game Pass Ultimate subscribers and will offer over 100 games to try before installing, such as Microsoft Flight Simulator, The Medium, Sea of Thieves, and much more.

Microsoft is targeting 1080p/60fps and near-instantaneous loading. Of course, performance will depend on bandwidth, but it’s great for picking up games on the go without downloading the full game into your storage. Also, friends who own games featured in Cloud Gaming can invite you into their games without owning the said game. 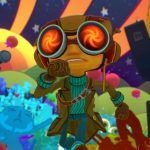 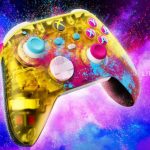