Following their formal announcement last year, Xenoblade Chronicles Definitive Edition is now scheduled to be released on May 29, 2020.

Now where have we heard of May 29… OH RIGHT, a bunch of 2K games are releasing on the 29th as well.

With the definitive edition, expect updated graphics, a remastered soundtrack, and an epilogue entitled “Future Connected”. Check out the trailer for the official reveal:

Along with this release will be the various Collectors Editions depending on which region you wish to get it from. US fans will be slightly disappointed in the offering, as it lacks the usual CE offerings such as a Steelbook.

Fans from Europe get the longer end of the stick, getting a Steelbook as well as a better looking package overall, along with a Vinyl format soundtrack.

May 29 is going to be a wallet burner for Switch owners. Thankfully, you have a couple of months to save up for the impending bankruptcy. 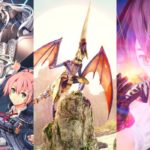 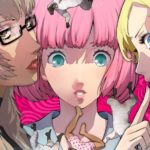 Catherine: Full Body makes its way to the Switch on July 7