It’s been a decade since I played Darksiders on the Xbox 360, and I have to say, I enjoyed that experience. I’ve long skipped the series until this most recent release where Darksiders III takes its adventure, warts and all, to Nintendo’s portable machine. The Switch hasn’t been the best place to play popular multi-console releases due to some compromises, so it would be interesting to see how this entry fares.

Darksiders III‘s story continues from when we left off. Fury, one of the horsemen, has been tasked by the Council to banish the Seven Deadly Sins that roam post-apocalyptic Earth. Bored after centuries of being sidelined, Fury accepts the task as she travels to Earth. Observed by a Watcher and requested by one of the Makers to save what’s left of humanity, Fury is now given a choice on whether to maintain the status quo or to restore balance to the shattered world.

With its release on the Switch, Darksiders III gets a new lease on life, one that can now be played on the go.

More Souls-lite than a Soulslike

The main difference that Darksiders III has over its predecessors is its change in combat mechanics, which sees this latest entry adopt a more strategic and deliberate take, hence its comparison to Souls titles when it was first released back in 2018. This alone may turn off fans of the series who have been spoiled by the more action-oriented combat implementation of the first 2 games.

I’d like to propose to call the game a Souls-lite as it has some mechanics of the game to a Soulslike, but it doesn’t have the crushing difficulty that comes along with it. That said, that game is still quite difficult, magnified due to a sloppy port.

What makes Darksiders III enjoyable though is that it still follows the same Darksiders Zelda-like loop, where you get stronger with every boss you defeat and open up new areas with the new tools you have collected. This time, there are more interactions with other NPC’s, not giving the world a desolate and lonely look like the previous games.

The story is also intriguing, especially with the deep lore they’ve provided with the horsemen and their current adversaries, the Seven Deadly Sins.

Portability at a cost

The biggest advantage of playing Darksiders III on the Nintendo Switch is its portability. At first glance, despite the obvious downgrade in graphical quality which is almost expected for most Switch ports, the game certainly benefits from taking it on the go… Until the performance issues pop up.

My issues really started as soon as I encountered Envy, the first boss. That was when I started noticing the controller input lag from my joy-cons as well as framerate dips when the game began to get fast-paced. Due to the issues I had with my controls, I missed simple dodges, platforming jumps, and I started dying needlessly during this fight.

Dying in the game is such a pain because of the loading times, which really exacerbates all of the ongoing issues.

It doesn’t get any better in the succeeding areas, where not only were the framerate dips progressively got more noticeable but there were coloration issues when I swiftly turned around corners. Splotches of red and green were noticeable, only to have the game freeze on you due to mid-level loading times.

Top this all off with dying needlessly due to frame stutters and you’re left with a frustrating gameplay loop that simply takes you out of the experience.

Despite the unfair comparison, Darksiders III indeed plays better on other platforms. The portability of the Switch is rendered useless due to an almost unplayable experience. When you start to think how the 7.5GB file size of the game on the Switch compared to 40+GB on the PS4, the difference may be massive, but I’d like to think that many would rather choose the latter just to get a decent experience.

When you think about it now, that Witcher III port is looking like quite the miracle.

Unfortunately, Darksiders III is an example of a flawed port, where the hardware deficiency really shows its weak points. If you’re able to forgive its framerate issues and other frustrating hitches, you’re left with a decent adventure that puts a focus on deliberate and thought-out combat.

One big caveat though is that since Darksiders III is a game that puts a premium on combat, the framerate issues are very much a detriment, especially during the busier sequences. Never mind the watered-down visuals, but the frames have to hold. Sorry to say, when you need it the most, it falters.

At the end of the day, if you could play it on other platforms, that would be the best course of action until this release either goes on sale or gets patched.

*Darksiders III was been reviewed on a Nintendo Switch with a review code from the publishers. 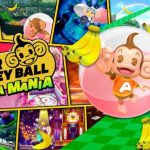 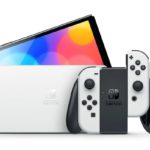