Time loops have become a thematic staple for this year’s big releases. From big AAA games such as Returnal, to indie titles like 12 Minutes and Loop Hero, the premise is here to stay. While many developers have flirted with the idea for years, Bethesda’s Arkane Studios is the latest to fully embrace the mechanic, merging it with their signature style and unmistakable brand of gunplay that has become their bread and butter.

Deathloop tells the story of Colt, a man trapped in a time loop on the remote island of Blackreef. Robbed of his memory, he seeks to “break the loop” that’s protected by the Blackreef’s Visionaries to continue their endless partying. To make matters worse, he’s hunted by Julianna, another Visionary and the main antagonist of the game, making his life excruciatingly difficult.

Deathloop‘s premise is so simple, yet feels so daunting – you have one day to kill all eight Visionaries, including Julianna, to break the loop. Sounds simple? Yes. But to achieve such a feat, that’s the challenge that Arkane Studios have laid out for you to complete, and what a ride it is from start to finish.

Right from the start, Colt is thrown by the beach, hung over, sand in his mouth, with his last memory being stabbed in the chest with a machete by Julianna. The disorientation as you make your way through Aeon’s compound only to learn that you can keep coming back after death is one of the best tutorials I’ve ever encountered from a game in recent memory.

How the game eases you into the world and its gameplay without making it feel overwhelming is highly enjoyable. Colt’s personality is fun, wisecracking, cocky, and endearing. He’s not the hero that keeps their resolve but is quite vocal about their predicament. Julianna, on the other hand, is the perfect antagonist as she contrasts Colt’s maverick personality with her methodical ways.

I was actually afraid that the constant wave of pre-launch marketing would weigh down my experience of the game. It didn’t, because Deathloop gives you enough time to get intimate with the world and makes it a more pleasant and immersive experience compared to other titles.

In Deathloop, each day is divided into four stages: morning, noon, afternoon, and night. Each time quadrant has its own unique challenges and quirks which require you to switch up some of your tactics. There are also four main areas in Blackreef: The Complex, Updaam, Drake’s Bay, and Fristad Rock.

Time in Deathloop works differently because aside from the obvious time loop mechanic, exiting an area will push the time cycle forward and while there will be an option to enter a desired time (and place), planning ahead will be an integral part of your success.

Colt will gain a unique power called Reprise, which will allow you to revive everytime you enter a new time frame. Drawing similarities to recent releases like Returnal, you lose your loot when you die but keep all of the knowledge you have gained about the world and your targets.

This mechanic quickly changes once you get hold of Residuum, an integral resource in the world that you can use to infuse into your gear to make them into a permanent part of your loadout, which includes weapons, slabs (powers), and trinkets (attachments). Just like a good looter game, each of these has its own rarity system, offering up a number of ways you can soup up your firepower.

Through the Residuum mechanic alone, Deathloop distances itself from being a roguelite, adding more accessibility for players that are intimidated by the idea of starting over with almost nothing to show for.

Groundhog Day, but make it deadly

As with any Arkane game, you are given a choice on how to go about your objectives, and Deathloop doesn’t stray from their tried and tested formula. You can either stealth or brute force your way into assassinating every Visionary, all while making careful plans on how to go about this calculated branch of murders in the form of Visionary Leads and Arsenal Leads.

Visionaries, on their own, are quite straightforward – they’re basically humans with an extra added Slab or unique weapon. Upon killing them and getting the lion’s share of Residuum, you’re also privy to their slabs, which allow for specific skills such as invisibility (Aether), teleportation (Shift), or telekinesis (Karnesis) that Colt can use to fulfill his objective.

Some are trickier than others, like Aleksis, who surrounds himself with other Visionaries and an army of his wolf pack, and Frank, who only engages you in his compound that tips the advantage in his favor.

Killing all Visionaries in a day may sound like a straightforward affair, but complications arise when you find out that some will only appear during certain conditions, making your runs a bit more interesting. Taking on a single Visionary is one thing, but taking on a pack with full access to their powers will be quite the feat.

A big chunk of Deathloop will be dependent on how much you can prepare for that grand murder fest. It takes about 4-8 hours to really get the feel of Blackreef and its boroughs, all while establishing muscle memory on how to traverse them and getting your routine mapped out. There’s an emphasis given to investigating leads and preparing for the big dance, which resembles a movie with a grand climax.

Preparation also involves acclimating to the gunplay in the game, which doesn’t take much thanks to some fantastic controls. Deathloop lends itself well to a run and gun style – shoot, use your powers accordingly, learn how to slide and to double jump, throw grenades, and hack on the fly. The peek function gives you some semblance of cover, but just like Dishonored before it, it becomes fast-paced if you let it.

Unlike Dishonored though, which allows you to choose between lethal and non-lethal means to go about your affairs, Deathloop frees you from that choice, making Colt as stylishly cold-blooded as you can push him to be.

Picking a fight with the Visionaries all while surviving the hunt will be a regular part of your loops, and no Visionary can be as menacing as Julianna, who can either be an AI or player-controlled character that will try to stop you from breaking the loop.

The tension is palpable everytime someone “invades” your game, which now turns into a deathmatch of sorts that brings an additional layer of strategy and survival to your every attempt.

You are rewarded with some hefty rewards for your troubles should you kill Julianna, but one misstep can ruin your plans just as easily, making preparation and planning such an integral part of the process as Colt.

Alternatively, you can also choose to be the Hunter and control Julianna, dishing the same punishment to other players as she has done with you. This nets you hunter points used to purchase cosmetic items and better gear. The mechanic is masterfully implemented and makes an otherwise routine run a brand new experience each time.

Despite Arkane being a third-party developer, Deathloop’s DualSense features take center stage with some of the most satisfying shooting I’ve experienced in recent memory. The haptics and adaptive triggers are a lot more subtle in their approach compared to Returnal and Ratchet and Clank: Rift Apart, but aren’t less immersive nor impactful.

Each gun feels different as evidenced by the varying resistance levels from the adaptive triggers, but the magic lies in the fact that Deathloop is also kind to your controller, not being as much of a battery hog compared to other similarly designed titles that take only a few hours before you’re up for a recharge.

Performance is rock-solid, sticking to 60fps even during the busiest of encounters during performance mode. You can choose to prioritize visuals, frame rates, or even enable ray-tracing at the cost of frames, but for a game such as Deathloop, performance really is the way to go.

If anything, the AI in the game isn’t the smartest one out there. Once you’re spotted out, you can just sprint a few paces, tuck yourself in a corner, and begin your assault again. Normal encounters never really make it feel like you’re in danger, but Colt isn’t exactly a brick wall, and can still die rather quickly if not careful.

Deathloop is one of the year’s best games and you shouldn’t let the marketing fatigue fool you because Arkane has delivered quite a fresh take using one of the most saturated themes in today’s gaming market. Deathloop has some of the best ways to ease you into a complex world, waiting for you to walk until you can run, but at the same time treating you with enough respect to figure things out.

It is quite rare for a game to be so simple yet so complex in its execution. Despite its complicated setup, it’ll feel like second nature after a few runs, giving the player so much access to establish their success but simultaneously maintaining game balance. The challenge of meeting that seemingly impossible feat of taking out eight targets in one day along with the looming threat that is Julianna will always hang over your head, but the satisfaction of pulling it off is second to none.

My biggest commendation for Deathloop is how it maintains such a delicate and calculated balance to keep its thematic synergy on point. Even when the novelty ends, you’re left with a frenetic shooter that doesn’t pressure you to maintain a consistent and perfect move set to enjoy and progress.

Deathloop cements Arkane as one of the best at what they do, leaving the PlayStation fanbase with a gem of a game before they leave for Team Green.

*Deathloop was reviewed on a PlayStation 5 with a review code from the publisher. 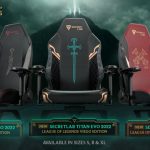 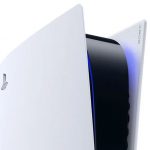