Headed into the 2021 release of Wonder Boy Asha in Monster World, I wasn’t really aware of this Mega Drive classic from back in 1994 because I spent most of my gaming time on the SNES. Little would I know that this title, which was known as Monster World IV back in the day, would go on to be a game that was held in high regard by many old(er) school gamers. Sadly, the game never really saw an English release until 2013. 8 years later, and now everyone will be able to experience the game in its latest form, including me.

Wonder Boy Asha in Monster World, a remake of the classic, is developed by Monkey Craft and published by Studio Artdink. The remake modernizes the game in a number of ways, apart from the obvious graphical overhaul. You are Asha, and with your companion Pepelogoo, are called to save the world by freeing the four spirits. It’s a simple tale, unchanged from the original. Fans of the original will also appreciate the fact that Ryuichi Nishizawa, the creator and mastermind of the Monster World series, oversaw the production of the remake.

As a note, the game will release digitally on the PlayStation Store and Nintendo eShop publised by Studio Artdink, but for collectors out there looking for a physical version, you’ll be glad to know that a boxed retail version by ININ Games will exclusively contain a copy of the original Monster World IV game, so this is certainly a huge consideration for both fans of the series and physical copy collectors.

Asha is basically a platformer with a cel-shaded 3D art style that looks that looks quite charming. Each dungeon and level looks amazing, and even the cast all the way to the monsters and bosses are rendered with care and respect to the original. While most of the characters you interact with only respond with subtle nods, Asha obviously stands tall, with a more detailed and animated character model that even has a cute little butt wiggle when she opens up treasure chests.

Apparently, upon doing a bit of research, this was also part of the original game, and its good to know that it made its way into this remake, so fans should certainly be happy.

In the game, you’ll be able to explore a number of worlds and dungeons that will put your platforming skills to the test. Each world and locale looks distinct and has a very unique color palette attached to it – one minute you’re in a volcano, with bright reds and yellows, the next you’re in an ice pyramid, washed in white and icy blue. One of the more impressive levels, the Sky Castle, is expansive and is filled with some of the more frustrating platforming obstacles in the game (damn conveyor belts).

To help you out with these challenges is your Pepelogoo, a small creature that will allow Asha to double jump, float, and even accomplish some puzzles with its unique abilities, like turning into an ice cube for you to reach certain doors. Both of them make quite a team, governed by very simple but also very precise and responsive pick-up-and-play controls that will allow newcomers to the game to get settled in quickly.

While the game is a linear platformer, some areas employ a background-foreground feature that give depth to the locations. Particularly in the Palace of Rapadagna, you’ll be able to explore a huge town that is full of characters to talk to and secrets to find. The original game involved vertical layers and offscreen areas, but the remake fits the whole palace in a single area, making the transition from 1994 a smooth and welcome one.

Some dungeons in the game will also require a bit of exploration, with players going back to certain areas after obtaining an item that will let them proceed. Through this exploration, you’ll collect coins that can be used to purchase restorative items, but more importantly better weapons and shields to help you on your quest.

Wonder Boy Asha in Monster World is basically what you would expect of a game from the 90’s – a tough platformer underneath cheery visuals. What does stand out though is its soundtrack, which features tracks that perfectly fit each of the levels – easy to jive along with and infectious. As one who started gaming during that era, I can fully appreciate the soundtrack of the game, and it is quite good. There’s also an easter egg here, where you can unlock the original soundtrack by inputting a secret code in the title screen. Fans of the series will surely appreciate the nod to the classic. And did I mention that the characters are fully voiced as well?

In terms of performance, as this review was done on a PlayStation 5, you can expect things to run flawlessly. I can only assume that the performance on the Switch will not falter as well, and after playing the game to completion, it really does feel like it was built with the Switch in mind, taking Asha on the go whenever you wish.

As mentioned, the digital version of the game will just include the remake, but the physical boxed edition will include the original Monster World IV game as well. One thing that I wish would have been implemented here is an option to play the original alongside the remake. Either through an in-game NPC like Dragon Quest XI S or through a quick button press ala Diablo 2 Resurrected, Asha would have greatly benefited with this feature. I understand the appeal that selling the original with the boxed version would have, but seeing as not a lot of gamers have played the previous releases, it would have been a great value add.

One thing I particularly didn’t like is the fact that the game has no auto save. I understand that remake wanted to remain faithful to the original, but this would have been something great. I can vividly remember the 3 times that I have lost 30 minutes to an hour worth of progress because I died without saving. I just simply forgot to, especially after being spoiled by current-generation features. What changed though is that you can save anytime anywhere, unlike in the original where you had to talk to a certain NPC first.

The remake also features an easy mode along with the ability to run levels again, perfect for completionists who want to collect every life drop in the game.

Overall, while Wonder Boy Asha in Monster World modernizes the original, it could have done so with some much needed updates. An auto save function would have been fantastic, as the thought or manual saving sometimes just passes you by as you play, resulting in lost progress if you’re not mindful enough. Some of the levels, particularly the Ice Pyramid and the Sky Castle are very tedious, with some very precision-based platforming that can sometimes be very unforgiving especially for players just looking for a fun time. If you’re a gamer that grew up with the likes of The Lion King, then you would know what to expect here.

Old school fans will certainly appreciate this remake, reliving Asha’s adventures with Pepelogoo. The story is very straightforward, and the game is a no-frills platformer that hearkens back to games of decades ago. In terms of being a remake, Wonder Boy Asha in Monster World does the job quite well.

I can understand the appeal, especially from back in the day where platformers are known to be tough, but with a lack of modern features that would have made a huge difference, especially for a wider audience that is about to try the game out for the first time, Wonder Boy Asha in Monster World is a 5 hour adventure that may tend to frustrate more than fascinate.

*Wonder Boy Asha in Monster World was reviewed on a PS5 via a review code provided by the publisher. 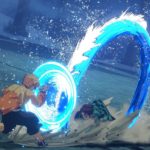 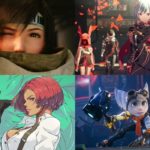