Cyberpunk 2077 has been delayed to September 17 but we’ve been getting some sprinkles of information here and there. Apart from a June 11 “Night City Wire” broadcast, which we assume will be some sort of development update, Cyberpunk’s ESRB rating has revealed some interesting tidbits about the game.

According to the ESRB website, Cyberpunk 2077 will sport an M+ Rating, meaning it could feature any (or all) of the following: Blood and Gore, Intense Violence, Nudity, Strong Language, Strong Sexual Content, Use of Drugs and Alcohol. This is unsurprising.

If you read further down, you’ll encounter this part of the rating about sexual material:

“The game contains nudity and sexual material: Players can select a gender and customize their character; customization can include depictions of breasts, buttocks, and genitalia, as well as various sizes and combinations of genitals.”

Customization can include… genitalia? That’s some extreme Cyberpunk s*** right there.

A wee bit further down the ratings summary, you can read this…

Players can encounter events where they have the option to engage in sexual activities with other main characters or prostitutes—these brief sex scenes (from a first-person perspective) depict partially nude characters moaning suggestively while moving through various positions. Some scenes contain brief depictions of thrusting motions; other scenes depict a character’s head moving towards a partner’s crotch.

Considering that scenes with sexual activities aren’t new (Geralt has something to say), CD Projekt Red has gone all out and has employed motion capture for this, based on a Polish Q&A with the developers, saying that “they did a lot of mocap for those and they believe that their amount should satisfy everyone, which should calm down anyone who assumed that they will just skip those entirely just because the game is in first person”.

CDPR has evidently gone through great lengths to ensure that the… uhh, motion of the ocean is well done and with that, all I can say is… 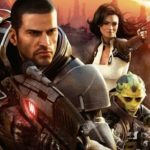 Mass Effect Trilogy Remaster is reportedly in the works, may also launch on the Switch 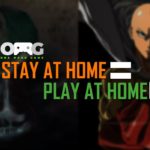 Win a couple of PlayStation 4 games from our ‘Stay at home, play at home’ giveaway Part 1!