A couple of new tidbits have surfaced about Horizon Forbidden West, right after its first gameplay reveal during the State of Play livestream, which details major improvements that will make this upcoming title

Coming from Game Informer, who had a chance to talk with Game Director Mathijs de Jonge and Narrative Director Benjamin McCaw, it was revealed that Aloy will have a free climbing system in Horizon Forbidden West, which is a massive upgrade from the previous. De Jonge says during the interview that “You are now completely free to climb anywhere, on any rocks or mountains or cliffs, so we’ve really opened up the world and made it even more inviting to explore, and I think with the grapple it’s really great to quickly go up to something and you can launch to go even higher. Then you can quickly descend with the glider, so it’s also a combination of some of these tools that make it feel very agile and fun to use.”

De Jonge continues to say that they also added what’s called a High Vault, which is another quality of life tweak that allows Aloy to reach slightly out of reach ledges which make traversal feel more mobile.

De Jonge also touches on the expanded melee system of Horizon Forbidden West, which Aloy now has “different combos that you can also acquire through the skill tree and each combo move has its own specific purposes. The one that you see in the in the demo has a multiple hit and one of the last hits does this extra damage. There’s another combo move which we call the Resonator Blast, this is where you build up the charge on the spear and you see the rings light up at the end of the spear. Once it is fully charged, you can basically paste that energy onto your enemy and then target it with an arrow. That creates a massive damage point and a sort of an explosion on the enemy so you can use it to take down the bigger enemies.”

Overall, it is looking like Horizon Forbidden West will entice the players to explore the world more, and to aid the player in this will be various improvements that will give more mobility to Aloy, making the experience more enjoyable. You can peep the interview from Game Informer through the video below:

Additionally, on a different interview, as seen on Resetera, it was also revealed that Horizon Forbidden West will have a 60FPS performance mode. While it was something that a lot of players were expecting, given the new hardware of these latest consoles, its great to hear that there will be such an option. As speculation, it would be safe to assume also that there will be a fidelity / graphics / resolution mode as well.

Horizon Forbidden West is set to release for the PS4 and PS5 with a 2021 target, although that’s looking to be unsure at the moment. 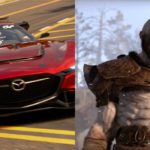 God of War Ragnarok and Gran Turismo 7 coming to PS4 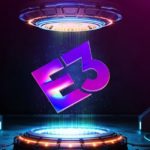