Sam Barlow’s phenomenal FMV thrillers Her Story and its successor, Annapurna Interactive‘s Telling Lies have created a resurgence in the FMV genre. Jessika follows suit with this trend and for the most part and while not a completely FMV game, it functions more of a visual novel with FMV elements.

You play the role of a model employee working with an agency that retrieves the digital footprint of the deceased to return to the grieving family. You receive an assignment from a grieving father of the titular character Jessika, who has taken her life. Granting access to her computer, you uncover a series of video diaries where Jessika has recorded her day-to-day and the father hopes you would uncover the reason of her suicide.

From the get-go, you learn a bit more about your character – his musical tastes, photos of his family, and your interactions with your co-workers. The desktop interface really gets you into character and really sets the mood. You can check your email, your instant messenger, save your game, and use the decryptor, which is the file interface that lets you collect data of the deceased.

I really got into Jessika right away as I piece together Jessika’s story from her video diaries. It’s quite a simple task of opening files and typing in key words to branch out and retrieve more files. As you watch videos, the game suggests certain key words to use and the more words you use, the more you could expand Jessika’s story.

The files are color-coded in a way where you start with grey files, blue, green, yellow, and finally red files. Once in a while, corrupted files are unlocked as you collect more keywords, which grants you access to more encrypted files. You’ll also be granted access to photo files, text messages, and other data in Jessika’s computer, much of which continues the story of this girl whose tragic end slowly uncovers.

At the same time this happens, your client will continue to contact you to ask for results, or you could follow up on some information that allows you hypothesize on other key words that aren’t available yet. The more data you uncover and send to the client, the better quality data you will uncover, unlocking more of the story as you move forward.

I would suggest using the German dub for this game as the English dub isn’t exactly stellar. The emotions are better conveyed by Jessika’s actor and there’s this sort of eerie fascination as you keep going down the rabbit hole of her past. The magic really happens when you really start to blend into the illusion and the game would feel like a real investigation actually happening.

The fantastic part is that I’m playing it on the Switch! If the illusion of such a game can hook me on that platform, what more would it feel like if you’re playing it on the PC. It’ll be quite fascinating to see how it’ll work when you’re hooked into the actual medium it’s best played on. While yes, there are some hiccups on the Switch, such as continually “typing” while entering letters on the keyboard and the copy-paste function could suffer from precision issues.

That got freaky real fast

This game will give me nightmares. I can take all the cosmic horrors and run away from crazed mutants in survival horror, but watching the slow transformation of a traumatized woman is absolutely horrifying. It is not for the faint of heart, and the actor really pulled it off.

The scary stuff happens when you’re piecing together the clues from all the disparate videos, and somehow the reveals hit you hard when they click.

You will be repeating many of these videos getting to the bottom of things, and at times, some disturbing content could easily be skipped by dragging the cursor to the end of the screen. All you really want are the key words. It’s also great how your character deals with the content of what you’re watching with how you deal with your co-workers. Though at times, some correspondence can feel disjointed and lacking a through line.

There’s also one spot where there wasn’t enough back story to support Jessika’s behavior. There were some inconsistencies with her behavior and the help of more speaking characters could piece together the puzzle. I commend the creators for making the most of a single actor carrying the whole piece, but even that has some limitations in the long run.

That was fun, I don’t wanna do it again

There’s a certain point in the game where I don’t know if the game was glitching or it was designed to glitch because of a certain event. If the game really was glitching, I’d say the effect it had was top notch, because it created that sense of dread that maybe I’m not alone in my apartment building, that someone has accessed my computer and is out to sabotage me. It’s a fantastic illusion that really freaked me out at points, and did much better than most horror movies on their best days.

I don’t know if I can go through another playthrough of this game because of the subject matter. It really tackles issues of racism and trauma without any subtlety. The actor portrays it so well that there’s a point that I’m pausing it to catch myself shuddering or reminding myself that it is just a game. It may not suit sensitive players or players who are easily disturbed.

They also could’ve held back on some of the videos as Jessika seems to ramble about some of the same events in multiple videos, but held back on other interesting backstories that could’ve explained some of her behavior.

As for replay value, you could complete the game in one sitting after three hours of play. I was hooked right away and played it through the end. There are 125 video files and 15 other data files in total, and many of the clips run from fifteen seconds to a minute and a bit.

At the end of Jessika, I’ve unlocked most of the files and when I repeated it from my save file, you can access both endings. It’s almost definitely a one-time viewing experience akin to watching a harrowing thriller film.

Verdict: Wait for it…

While I honestly enjoyed the concept, Jessika is quite a difficult one to recommend without many caveats. There are many ways the game is totally innovative, but also it has some issues with accessibility, especially if you’re playing it on the Nintendo Switch. The biggest issue Jessika has is that the content is not for everybody. Especially if you’re the type of player who’s easily disturbed as they don’t pull any punches with how the character delivers some of her speech.

Just like the interface seen in Heavy Rain, I’d love to just have another game where I could use the decrypter program to solve some cases while interacting with clients and co-workers. I believe this is the magic of the game that I enjoyed and if you’re brave enough, you could check Jessika out on PC or Nintendo Switch. It comes with a warning that the game doesn’t pull any punches and the character goes all the way into the deep end and will not wait for you to catch up.

If you do decide to take the leap, prepare for a haunting experience and one of the better thrillers I’ve seen in different forms of media. I’m glad that we can discover most of the content right away on its first sitting because while the replay value of this game is almost nonexistent. I’m glad it is because I don’t want to go through that again, especially the really uncomfortable second half of the game.

*Jessika was reviewed on the Nintendo Switch with a code from the publisher. 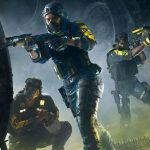 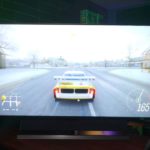