Lost Judgment is the sequel to the celebrated Ryu Ga Gotoku spinoff from 2018. Unlike the first game, this simultaneous worldwide launch is absolutely appreciated which just goes to show that its popularity cannot be denied.

In this latest entry, the former disgraced lawyer turned private investigator Takayuki Yagami continues to make a name for himself in the dog-eat-dog world of Kamurocho, known as the stomping grounds of the most fearsome and infamous Yakuza of Tokyo. After completing a case, he’s contacted by his cohorts in Yokohama to follow a mysterious murder case.

His former law agency, the Genda law firm, took a seemingly standard case of Akihiro Ehara, a cop facing misdemeanor charges for groping. It turns out that Ehara masterminded the brutal murder-torture as revenge for his dead son, failed by the system. As Yagami tackles the case and attempts to save the Genda law firm from further disgrace, the mystery spirals downward into a more sinister conspiracy that lurks underneath.

As a long-time fan of the series, I’m actually appreciating the evolution of Lost Judgment despite my unfavorable review of its predecessor, which felt more like a copy-paste job of the Yakuza series with minor alterations. Seeing that Lost Judgment is branching off into a larger world with a much larger story, I have high expectations of where they will take it and how they would elevate this title.

Seeing the Dragon Engine evolve from its introduction back in Yakuza 6: Song of Life brings a smile to my face and Lost Judgment is all the better for it.

Performance has improved tremendously, taking the freeflow combat system present from Yakuza 6 onward as Yagami seamlessly switches stances on a whim, delivering quick combos and devastating finishers. The Dualsense really gives you a semblance of immersion, where the adaptive triggers give you that extra added oomph when you change stance or activate your freeflow, allowing for combined power and speed depending on what’s left in your EX tank.

Adding a new Snake stance adds an explosive defensive element to combat that adds to the crowd clearing Crane stance and Boss-killer Tiger stance. It’s effective against enemies wielding weapons and gets you out of tight combat by implementing reversals and throws.

The detective work in Lost Judgment feels more intuitive compared to the first game where you can now actually blend with the crowd during follow missions to throw off suspicion. Infiltration missions feel more authentic than the first game, showing that you don’t need to solve every problem with your fists. Finally, I’m glad that the chase sequence found a home in this spin-off as a fun mini-game.

A note about the infiltration and parkour missions is they’ve added the grip meter, adding more realism when traversing through great distances. While I do appreciate the infiltration missions adding a layer of challenge, stealth missions are quite tedious, and being discovered risks repetition, which is a bit of an annoyance.

Lost Judgment has added a new plethora of detective tools and gadgets to aid you with your tasks. Aside from your drone and camera, there’s also a directional microphone to pick up sound, a bug detector to locate listening devices, an app on social media to triangulate rumors, and your trusty detective dog Ranpo to sniff out new cases. While I appreciate the addition of these new gadgets, taking photos for example isn’t too polished and the “first-person view” still makes it difficult to search for specific clues.

As with almost every single Ryu ga Gotoku game, Yagami begins his quest in Kamurocho. Just about when you think you could be sick of this setting (frankly, this is the tenth title to feature this city, and twelve if you count the Kiwami remakes), it manages to show you something else you might’ve missed.

You start Lost Judgment on a follow mission, engage in some parkour, and finally a chase through the alleyways. It’s probably just me but the city square seems to feel a little bigger, though it may be due to the graphical uplift from the PS5, there’s a bit of “new-ness” to Kamurocho that is certainly most welcome.

Lost Judgment introduces a new city in Yokohama’s Isezaki Ijincho where the bulk of the story takes place. This city has been featured throughout Yakuza: Like A Dragon, but now we get to see a perspective from Yagami’s eyes. This time around we see a much more grounded viewpoint, which sets up the story pretty well, hurling quite a gruesome case to start the game off with a bang.

As Yagami continues his investigation, he applies as a guidance counselor for some of the clubs at Seiryo High, the local prep school. This launches a brand new side story that moves along parallel the main quest, and I dare say it’s a lighthearted take on the darker main storyline. It feels like its own story altogether as you serve as a mentor-like character to the high school students by taking part in their clubs.

In a way, it’s similar to Persona‘s Social Links mechanic, but introduces us to some unique mini-games that each has its own sub-stories unrelated to the main quest. They range from a Tony Hawk-like skateboarding mini-game, a boxing simulator, motorcycle street racing taken out of Fist of the North Star, and even a dance simulator.

This can be compared to the Cabaret Club Grand Prix side story in the previous Yakuza games and proves that if you take these mini-games and attach them to compelling character studies, it makes you connect with the bullied students from Seiryo High while adding another aspect in Yagami’s main quest.

If you don’t find the main story in Lost Judgment compelling enough, you have a variety of side cases to choose from. They vary between lighthearted fun to semi-serious mysteries that don’t overshadow the main story. Some are even interlinked with the school events and mini-games, so in a way, I do appreciate having mini-cases to solve while working on the main case.

There are so many mini-games, and the two cities of Kamurocho and Yokohama become your virtual playground to explore.

Old school Ryu ga Gotoku fans will be glad to know that Lost Judgment runs roughly 40-60 hours depending on how much time you’re willing to spend on the main story, side quests, and all the other extras. It is a fraction of the time I dedicated to Yakuza: Like A Dragon, which can go from 60-90 hours for either a rush or a standard run.

Lost Judgment ticks all boxes on what’s required from a Ryu ga Gotoku title and has achieved what Judgment fell short on, which is to stand on its own as a series from the Yakuza universe. They have their own lore, universe, and series of characters, all while maintaining the delicate balance of neither overshadowing the Yakuza franchise nor getting overshadowed by it.

Newcomers to this game may find the series a little bit overwhelming in terms of taking in the larger-than-life universe that Ryu ga Gotoku imbues upon its titles. If you really must know everybody’s back story, I would recommend playing the original Judgment. Otherwise, if you’re ready to hit the ground running, Lost Judgment is a robust title that has a chunk of content to keep you entertained.

Lost Judgment has learned from its predecessor, building on it and having just enough to keep it original while establishing Yagami’s legend. It is a little bit over-the-top and melodramatic, which is par for the course for Ryu ga Gotoku. It may not be for everybody, but it has a clear flavor that fans know and love.

While Lost Judgment has many lighthearted moments, themes of suicide and bullying are explored and more sensitive gamers may have to proceed with caution. They ask difficult questions, but offer ambiguous answers that challenge its players and while many would disagree with its neatly wrapped divisive ending, I felt that it achieved a thematic resolution while delivering an entertaining albeit far fetched finale.

The storytelling won’t be for everybody and I usually would be more critical of this, but I feel that Lost Judgment established enough content for the game to distract and entertain. The plot of its prequel is more implausible and also thematically stale, so I prefer the creative choices the sequel made despite it possibly coming off as stand-offish or even logically ridiculous to some people.

What saves this game is that it’s a lot closer to the character studies that Ryu ga Gotoku has succeeded with in the past and ultimately, it’s better for it despite some of its ridiculousness.

Lost Judgment may divide audiences depending on taste and threshold for certain quirks but is a solid title with enough content in this game to entertain just about anybody. Its biggest achievement is solidifying Takayuki Yagami as a mainstay for years to come. He’s no longer a mere skin change from Kazuma Kiryu, now boasting of unique mini-games, fighting styles, and perspective only present from Yagami’s point of view.

Its predecessor lacked the ability to establish itself as its own entity, but Yagami finds his stride, creating his own legend and his own addictive sandbox in both Kamurocho and Yokohama.

Ryu ga Gotoku games are over-the-top crime melodramas that surprise us sometimes with compelling character studies like in Yakuza 6 and Yakuza 0. Lost Judgment adds to this list, delivering a thematic and entertaining conclusion while sacrificing a bit of compelling storytelling and delivering serious social discourse.

Lost Judgment is now available for the PS4, PS5, Xbox One, and Xbox Series starting at $59.99.

*Lost Judgment was reviewed on a PS5 via a review code provided by the publisher. 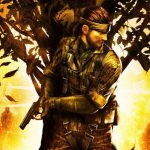 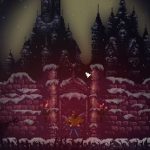 Residentvania, a 2D mashup of RE Village and Castlevania, looks awesome