2021 will see quite the battle for FPS supremacy and Call of Duty is gunning for the top spot once again with their upcoming release, Call of Duty: Vanguard.

Set in the backdrop of World War II, Call of Duty: Vanguard aims to deliver the complete package to fans with a story campaign, Warzone integration, Zombies, and its tried and tested online multiplayer with the spotlight on the Champion Hill mode.

Champion Hill is a round-robin tournament-style mode that pits groups of 2 or 3 to do battle against others in a 60-second no-frills shootout rotating across 4 maps. You start the battle with 12 “lives” (for duos, 18 for trios), and each time a player from your squad is killed, you lose a life. In between rounds, you earn cash to purchase equipment, weapons, and even perks to give you the edge against the competition. The last team standing wins all the marbles.

We got a chance to play a couple of hours of the upcoming Call of Duty: Vanguard Champion Hill mode ahead of its alpha test scheduled on August 27 at 10 AM PT (August 28 at 1 AM Philippines), and the fast-paced battles work very well to offer a fun and engaging mode that is heavily skill and tactics-based.

In Champion Hill, you start a session with a firearm and some cash, and immediately you’ll realize that there is some strategy needed with managing your funds and choosing what to purchase. Do you buy a new weapon right away? Would you rather upgrade your current weapon? Maybe armor plates instead?

Instead of approaching the game with guns blazing, strategy is something that permeates all aspects of Champion Hill, making it a highly cerebral mode, more so than the usual.

During matches, you’ll be able to pick up some cash lying on the ground as well as a strategically placed “extra life” pickup that will surely be heavily contested (I died a couple of times trying to get that damn coin). Every kill you make will give you some cash, and you can even pick up enemy equipment as they die.

You can kind of see what I’m trying to say here, and I mean it when I say that cash is king. Even a really good player can get fragged just because the other player has a level 10 weapon with spy plane active. What separates a good player from being great at Champion Hill is knowing when to spend that money and what to spend it on.

Buy rounds are about the only other time you can make tweaks to your loadout. You can choose to purchase various items, which are separated into 4 categories – Weapons, equipment, streaks, and perks.

Weapons, as the name suggests, will let you choose between a Pistol, Shotgun, LMG, SMG, Assault Rifle, and Sniper. Equipment lets you purchase grenades and other tactical explosives while Streaks houses the all-important armor plates and items like a recon spy plane to use on your next round. Perks are expensive, but give your player permanent upgrades like longer sprints and the ability to track the footsteps of your enemies.

Loadouts have always been an important facet of any Call of Duty game and it is no different in Champion Hill. At some point during our gameplay, I sometimes had to decide to switch weapons because I knew that our next opponents loved to camp based on my previous experience with them. Each round is a decision, which all leads back to a strategic approach to the game.

When you think about it, Champion Hill feels very similar to the Gulag matches from Call of Duty Warzone with some key differences – a slightly bigger map, a teammate, buy rounds in between, and a whole lot of mind games. Battles end in a blink and the 4 maps provided cycle very quickly, giving you the opportunity to learn the ins and outs in just a few matches.

Over the years, the Call of Duty franchise has become well known for its solid gunplay foundations. Crisp, snappy, and satisfying, gunplay in the Call of Duty series has always been up there with the best and Vanguard continues the tradition. Champion Hill emphasizes boots-on-the-ground gunplay over mobility-based gimmicks, making it perfect for intense showdowns.

The 4 maps in rotation are the Airstrip, Courtyard, Market, and Trainyard. Each location has its quirks but overall, the map layout is very simple with good sightlines and strategic hiding spots. The maps feel perfectly sized and intimate enough to incite a shootout within seconds. Battles are fast and communication will be integral.

Due to the limited time we had, I didn’t get to experiment much during battle, particularly if it had a ping system. Warzone had it and I hope that the feature makes it over to Champion Hill as well.

I wasn’t able to try out all the weapons in the game but I did get to try out both the SMG and AR, both of which felt good to handle. There’s a solid and hefty feel when firing, both of which are trademarks of a well-built FPS game.

The DualSense, in particular, makes the action feel much more immersive, but I can also understand how players may want to turn off the Adaptive triggers to eliminate added resistance when holding down the L2 and R2 triggers while playing.

Overall, Champion Hill is one hell of a mode to play through. It’s fun, fast, and feels good, but I can imagine that joining from a solo queue will make for a lot of cursing in between deaths. The mode is built for competitive team-based gameplay where communication is key and should certainly be a favorite moving forward.

Call of Duty: Vanguard is now available for pre-order and will launch on November 5 for the PS4, PS5, Xbox One, Xbox Series, and PC. 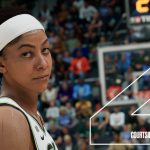 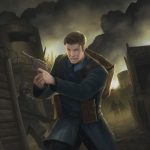