Greak: Memories of Azur Review – All the fun minus the extreme difficulty

Greak: Memories of Azur is a 2D platformer featuring hand-drawn art that reminds me so much of Hollow Knight. It has the same Metroidvania-style gameplay, which is quite the rage these days amongst indie developers, the latest being Ender Lilies: Quietus of the Knights.

Greak: Memories of Azur has its own charm that stands out from the games aforementioned, and with its light-hearted appeal and soothing orchestrated music, coupled with some RPG fetch quests, this game has been a nice surprise.

You start the game as the eponymous Greak, the youngest sibling of a trio of characters known as the Courine, who safeguarded their world against the nefarious Urlags. During a destructive war, Greak finds himself estranged from his family in a war camp who has lost most of their scouts. What’s worse, the Urlags’ special forces advance and the last remaining Courine find themselves cornered, with nowhere to escape. Will Greak find his siblings and restore balance to the realm?

Greak is quite fun to play on its first hour, and with the first five minutes showing a quick tutorial, the game is quite easy to pick up. After a brief reunion with your sister Adara, the game shows how you could switch between each sibling to access unreachable areas of the level showing that Metroidvania style. After a brief cut scene, you find yourself at the aforementioned camp, where you can purchase items, collect side quests, and continue your adventure.

You’re a Little Short to be a Scout

One thing that I enjoyed while starting out Greak: Memories of Azur is how accessible the combat is with prior experience from side-scrolling action games. Greak can double jump, wall climb, swim, attack with his sword and crossbow, and dodge roll. With these tools at your disposal, you can take on most of the starter foes that you face and most of the enemies are straightforward when it comes to combat.

Basic puzzles also greet you upon starting out, and being a little guy, Greak can fit into most rabbit holes discovering secrets throughout the different levels that stretch out in the land. You start out exploring the forest, swamps, and waterfalls, where most of the latter level is inaccessible. By going through with the main story, you’re able to “Metroidvania” (it’s a verb now) your way into the next level.

Right away, the beautiful hand-drawn art is visually arresting matched by a soothing orchestrated soundtrack. Just these alone really motivate me with Greak’s quest to find his missing siblings and take on the fearsome Urlags. Urlags are a lot more difficult than the average creep that you engage with and will involve a little bit of strategy. Unlike the regular creeps, they dodge and wait for an opportune strike, so you have to be one step smarter than them to be able to vanquish your enemies.

You can return to the town where you can rest in your bed to heal damage. You start with 4 HP, with each enemy usually knocking out 1 HP per hit, same with the environmental damage. To replenish your health while exploring, you can collect soul orbs that enemies randomly drop or you could heal from your food supply, which you can either pick from the ground or cook at a nearby cooking station. As far as crafting goes, I enjoyed its simple design and it encourages you to try out different combinations.

Enemies also drop cribes, which you can use as a currency either with the blacksmith, the town merchant, and the traveling merchant to buy wares. Most of the items can be picked off the ground or crafted, so you’re basically using your hard-earned cribes to purchase big-ticket items such as relics.

One thing to remember is that quests can be achieved through item purchase, crafting, or defeating a certain number of enemies. In other words, fetch quests do exist in this game. However, they don’t bombard you with so much that you get overwhelmed, so it’s actually a breath of fresh air to receive a few to keep you motivated.

You can learn different sword techniques from Zack at the edge of town by defeating certain enemies. The great thing with these techniques is that it expands your combat prowess and adds more moves against Urlags who increasingly become more difficult as you progress through your quest. The more areas you discover, you can use the fast travel stone to access them, which saves on walking time and also items used.

In Greak: Memories of Azur, the momentum picks up when you start finding more of your siblings, starting with your sister Adara and your older brother Raydel. Each sibling has their own unique ability and different kind of move set, which you can alternate between each other, even when you are in another area of the map. Adara has magic and an ability to float, while Raydel can block attacks and use a hookshot.

Once you do find more of your siblings, the game opens up to collaborative options between the characters. The environmental puzzles get a little annoying, which is quite jarring as they did not exist earlier in the game. Boss battles also do get more difficult as the game progresses, but once you find out their pattern, they become manageable.

When you complete the game, you can repeat to complete everything you’ve missed or do speed runs and no damage runs to test your mettle. Just like every Metroidvania game, they leave it up to you if you wish to complete your accolades or walk away and move on.

It takes between 4-7 hours to complete the game depending on how many side quests and collectibles (relics) you engage in. It’s enough to get a full grasp of the game and great for gamers with tight schedules (like myself).

Just a minor note, but I really didn’t like the PS5 rumble and control speaker function. It doesn’t really add anything else to the game or provide immersion like other games where they use the controller as a way to emulate a communication device or a tool a character is carrying. It’s a lot more distracting than it is beneficial and we could’ve done away with it.

Greak: Memories of Azur is a great game to play while waiting for Silksong to drop as the game actually reminds me of Hollow Knight minus the difficulty. It feels as though the game slowly gets you comfortable and motivated to draw you into its world. In a time where we’re being bombarded with larger open worlds with endless fetch quests and high-difficulty roguelike combat in every corner, it’s refreshing to have a game that just charms us traditionally.

It’s a lot of fun as a side-scroller where you can quickly learn Greak’s move set and embark on different quests and explore new areas of the game. Things get real when you start recruiting your siblings, and it also comes alive with its beautiful hand-drawn art and orchestrated music.

Greak: Memories of Azur short enough game to enjoy fully and if you choose to, there are ways to really get the most out of the experience. It’s also relatively inexpensive that it won’t break the bank, but I feel you’ll get your money’s worth with a relatively medium challenge and a whole world to explore while waiting for Silksong.

*Greak: Memories of Azur was reviewed on a PS5 with a code provided by the publishers. 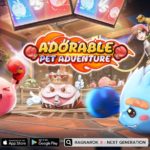 Ragnarok X: Next Generation now has a Pet System 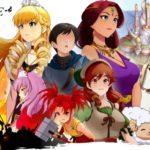