After adding external storage support in its first major release, Sony has now rolled out a new update to PlayStation 5 beta users, which delivers a bunch of welcome tweaks but most importantly, the ability to now use the M.2 SSD expansion slot.

An official Sony FAQ highlights some of the steps to properly install a supported M.2 SSD onto the PlayStation 5, which can support storage options between 250GB – 4TB.

You can view the M.2 SSD compatibility requirements below:

See below for full requirements.

Width
A 22mm-wide M.2 SSD module is required.
The total structure (including an added cooling structure) cannot exceed 25mm (0.984in).

Height
The total height of the M.2 SSD and its cooling structure (such as a heatsink) – whether built-in or separate – must be less than 11.25mm (0.442in).
The height must also be in the right place, in relation to the M.2 SSD’s circuit board:

In line with this announcement from Sony, Seagate has also confirmed that their latest FireCuda 530 NVMe m.2 PCIe Gen 4 SSD is compatible with the PlayStation 5, making it the first PS5 compatible SSD. It doesn’t come cheap though, with the 1TB option retailing for around $250.

As part of the update, the PlayStation 5 will now also support 3D audio from TV speakers, which will use the built-in microphone from the DualSense to measure room acoustics.

To avoid further confusion with game versions, PS4 and PS5 versions of games will simply appear now as individual tiles, which should hopefully solve the problem that has plagued a lot of players since launch, according to The Verge.

This is a pretty significant PlayStation 5 update when it launches, and will finally bring to reality a number of pre-launch functionality that has been promised. 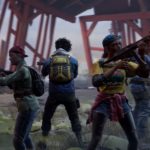 Back 4 Blood early access and open beta starts in August 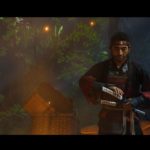