Slay the Gods of Atropos in our Returnal Boss Guide

Returnal is a challenging game where you aren’t spoonfed anything, and you’ll be relying on your wits and skill to break the cycle. In this bullet hell roguelite, you traverse through several levels (Biomes) where at the end is a Boss waiting to send you back to your ship. Luckily, in our Returnal Boss Guide, we’ll help you slay even the toughest of foes!

Later on, they’re a good source of Ether and bragging rights if you can farm them efficiently. There are five bosses in Returnal, each separated into three phases where they change up their attacks or get harder. Truthfully, once you know the pattern, beating them is quite easy. All you have to do get the timing right.

You just can’t go into a battle with your pistol and nothing else, unless you’re skilled enough to be doing a no damage run or anything of that sort. You have to be prepared when facing a boss, and as a newbie, I’d recommend an automatic weapon like the Carbine or a Hollowseeker once you get to unlock it. There are other toys to play around with, but for now if you want to have an easier time, go for an automatic. Trust me, the name of the game in Returnal is to run and gun.

At least have a healing consumable ready. One is enough, but sometimes you may need two, so if you get a chance to pick one up or purchase one, do so. You would also need a way to revive on the spot for insurance, just in case your dodging skills are not up to par. Also, get an Astronaut figure or Child’s Watch by either fabricating it, or lucking out by opening a container. There is also the parasite that allows you to revive, but at the cost of a suit malfunction (or two). It’s not the best, but if you don’t have a revive, that’ll do.

You may also want to invest in an Attack up upgrade or expand your Suit Integrity before reaching the boss, just to level things out a bit. Another good parasite or artifact to get if you can afford it is Emergency Repairs– it’ll grant you regen when your Integrity is below 25%. If you’re able to pair that with the Burnt Night Light, you’ll deal 10% more damage at critical life.

As always, make sure you hit your Overloads and don’t forget to use your Alt-Fire once it’s charged for maximum damage. During these boss fights, it’s okay to be hit by the smaller projectiles but avoid the big lasers and melee hits by constantly moving around. Staying in place is a guaranteed one-way ticket back to the Helios.

*Note that this Returnal Boss Guide will contain some late boss battle spoilers.

As far as first bosses go, most players will probably get through Phrike without issue. Not me, however, because somehow, I just didn’t seem to get it. Pack a shotgun if you feel confident to stay close but most will probably stay safe and use a carbine instead. You still don’t have many power-ups at the start of the game, so this could be considerably challenging. Bring a large medkit if you can and hopefully you have that astornaut figurine around because its melee packs a literal punch.

First Phase: It is a simple projectile along with occasional homing beams, which you can easily dodge by strafing left or right. Nothing too much to watch out for, but dash when necessary and don’t get hit by the main laser.

Second Phase: It gets a little tricky, as Phrike will add a ground wave and follow-up with a melee attack. It takes out a quarter of your life so once you see the ground wave setup, prepare to dodge out of the way. Also, that main laser will also have a side to side, so prepare to jump dash out of the way. The projectile showers will get more aggressive, so keep moving from left to right while dashing when needed.

Third Phase: This is more like the second phase, but the bullet hell will start to get real. She’ll mix it up from time to time, combining two attacks on top of each other, all while adding ground projectiles to dodge from. Watch out for the string of multiple melee attacks by dashing away and you should be good to go.

Ixion is possibly the most challenging boss you’ll face early on. In fact, if you’re unprepared and don’t play your cards right, he could be the toughest one in the game. Pack something long range that like a carbine or a hollowseeker. If you’re packing a shotgun, better trade that for something else because getting near Ixion is tough. Try not to get hit and pack multiple health kits and an astronaut figure if you can, because this will be a long fight.

First Phase: Again, it’s straightforward bullet hell. Nothing too fancy, he’ll behave like a more long-ranged Phrike. Watch out for the lasers and the homing projectiles, which you can easily dodge just by strafing left and right with the occasional dodge. The first phase shouldn’t be a problem, so save up on your items and HP as much as you can for the next two phases.

Second Phase: Ixion will switch it up quite a bit on this one. Aside from the more aggressive bullet hell, he also starts out by charging up in the center while throwing waves of blue light at you along with projectiles. You can get hit by the projectiles but avoid the waves as much as you can. Just pump bullets into him to cancel this mode. He’ll follow it up with some dashing attacks after along with the same attacks from last time, so keep moving and keep attacking him from afar.

Third Phase: Remember those severed warriors that attack you from nowhere with their melee? Yeah he does that too. If you packed a shotgun, he will definitely get close here, but still try to keep your distance and end it fast, because a few swings from that sword will send you packing. Ixion will also start smashing the ground, sending red rings across the area, so you’ll have to jump over those when you can.

Nemesis is probably my favorite boss fight from Returnal. Out of all the bosses, the phases actually include changes in the environment, so it makes the fight much more epic. It actually reminds me of those boss battles with quicktime events, except you’re the one doing the quicktime events real time. Overall, if you’re prepared he’s quite straightforward, and you may not even need to use an astronaut. Bring a carbine or a hollowseeker and just spray him while focusing on dodging.

First Phase: This is quite straightforward – keep running in a sideways pattern while pumping him with bullets. The blue projectiles can be dodged just by strafing, but the yellow barrage may need an occasional dash. Watch out for the lasers from his sentries, and don’t get caught without a dash. You can easily dodge these by jumping and dashing sideways.

Second Phase: Like the first phase, but you gotta do some platforming. The easiest indicator of where Nemesis will appear is to look for the area where his sentries go to, and head towards the platform that breaks off in that direction. Once you reach the main platform, repeat the strategy from the first phase but this time, attacks will be much faster and will happen at the same time. Watch out for the multiple laser attacks!

Third Phase: Most of this fight will be from long range, so I hope you didn’t take a shotgun with you. It’ll make your life so much easier sniping him from afar. You can always wait to get closer, but his lasers actually get more aggressive as you get near him, so keep your distance and keep platforming.

If you’ve been paying attention so far, this boss works pretty much similar to Nemesis – run and spray while dodging everything. Pack some medkits. Keep moving, jumping, and dodging because once you stay in place, he will skewer you. Get close, he’ll skewer you. You don’t want that, trust me.

First Phase: He’ll stay in one place, so it’ll be easy to hit him. His normal “balls” will be easy to dodge, but he’ll throw a red ring while shooting a purple laser from side to side, so things will get pretty hectic once that happens. His blue projectiles may require you to dash occasionally, so prepare to do so when needed.

Second Phase: His green projectiles will require a lot of moving from left to right. His red ring attack now includes projectiles, so watch out for that. He’ll also add a blue x-like attack in between the green projectiles, but it should be easy to dodge if you keep your distance.

Third Phase: His third phase features a much more aggressive X attack along with a blue projectile shower, so you’ll need to be wary of all of the attacks coming from above. It’s nothing you haven’t seen, but get ready to dash more in this phase if you’ve just been running around earlier.

The big bad. This boss really feels like a final boss if you don’t know how to fight him. Shoot the glowing lights to his sides and he’ll reveal his weak points. If you don’t do that, you’re basically shooting a rock. I suggest packing a Hollowseeker with a portal laser trait. Trust me, the weapon is a boss killer. If you picked up portal gun consumables in your travels, save them for this one.

First Phase: The “Cthulu” mode is quite easy, he’ll shoot projectiles at you and throw some purple waves. Use the same tactic with Hyperion, but this time, just remember to shoot the glowing lights every once in a while.

Second Phase: The Skeleton mode adds a side-swiping melee attack into the mix and also relocates a weak point on his shoulder. This time, unlike the first mode, once you shoot the weak spot, it’s on a timed release. Shoot the glowing lights to reveal them again. He gets aggressive with purple lasers here paired with red and green projectiles that rain from above.

Third Phase: The Astronaut mode doesn’t really deviate from the other phase, save for a more aggressive move set, and this time, once you get to half its life, it’ll move their weak point at the very bottom sides, which are difficult to hit from afar. You’ll have to get a little closer, but if you have a portal laser, it’ll make quick work of it. Finish him off and enjoy the hard-earned victory.

Once more with feeling

When you get through the bosses the first time, try fighting them again. You’re wiser, probably stronger, and you know where all the power-ups are to a certain extent. So come back and pay them back for all the grief they’ve put you through. Strut your stuff, be a little cocky, use a pistol, or come back all powerful. They’re not going anywhere, so just show up and give them hell.

That’s it for our Returnal Boss Guide, we’ll be seeing you on Atropos soon!

Returnal is out now for the PlayStation 5. 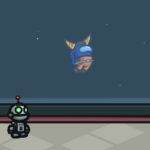 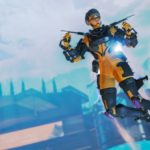