Riot isn’t stopping with local and regional tournaments for Wild Rift as it announces plans to go global in late 2021. At a virtual Preview event, Global Head of Esports at Riot Games John Needham shared the news about aspirations for such an endeavor.

“To top off 2021 for Wild Rift Esports, regional teams will qualify for our first-ever Wild Rift global tournament,” he said. “While we haven’t nailed down all the specifics, Riot is committed to a global Wild Rift Esports event in the fourth quarter of the year.” 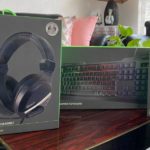