The Great Ace Attorney Chronicles is the much-awaited North American localization of a side story linked to the much-beloved Ace Attorney series featuring everyone’s favorite defense attorney Saul Goodman Phoenix Wright. In this iteration, players get to embark as Ryunosuke Naruhodo, an ancestor of Phoenix Wright.

As a newcomer to the series, I felt that having no clue about the Ace Attorney saga didn’t take away from what’s being presented, so don’t be intimidated to make this as your starting point in the series.

Right away, The Great Ace Attorney Chronicles takes you to Meiji Era Japan where our protagonist has been wrongfully accused of murder. Forced to defend himself in criminal court, Ryunosuke and his best friend Kazuma take on the daunting case of a trial with the law skewed against them. As Ryunosuke takes the reins of his defense, this amateur lawyer enters the world of the courtroom where history will be made.

Much of The Great Ace Attorney Chronicles is played and experienced in a visual novel format, where while other games of its kind bombard you with quite a bit of text and endless exposition, I feel this title leans more towards the more active kind of visual novel where you keep your wits sharp to solve the mysteries presented to you and ultimately win your case.

The closest game to this would be Danganronpa, in terms of over-the-top anime narrative, mystery-solving, and a final verdict to expose the culprit.

Court is in session

The Great Ace Attorney Chronicles spans two different games at five episodes apiece. Each episode will involve a mix of anime cutscenes (with your preference of voice language choices) and the visual novel part, which involves a lot of text without any spoken dialogue. Prepare to do a lot of reading throughout each episode, both during the investigative and the courtroom sessions.

The Great Ace Attorney Chronicles will give you around 30 hours of gameplay per five episodes and if you plan to revisit episodes and be a completionist about your run, it’ll net you over 50 hours of replay value. It’s two games for the price of one and quite a lot of content at that.

While I find this part a little tedious, your approach here will allow you to succeed later in the courtroom battle when you launch a thorough sweep of the area and people of interest. I do enjoy detective games, and it’s quite fun to combine the detective and the courtroom battle aspect to see the fruits of your labor, something that Judgment could’ve used more of.

As part of the Ace Attorney series, they really nailed this part well and made it as engaging as possible to rival some of Spike Chunsoft’s best investigative visual novels like Danganronpa and AI Somnium Files.

The heart of The Great Ace Attorney Chronicles takes place in its long-drawn courtroom action sequences where you can gather all your evidence as well as cross-examine witness testimonies to prove your case. Much of the entertainment value really alludes to the interesting antics of the witnesses and lawyers in action. Everyone is just so eccentric, you just have to see for yourself. Plus the smack talk is beautifully done.

The Great Ace Attorney Chronicles isn’t just all about the quirkiness of the characters, but what impressed me was the logic used in the presentation of witnesses and how you have to get to the truth of their testimony. They will give you so little to work with but through your many tools – cross-examination, additional evidence, witness reactions – some witnesses will reveal more about themselves that at the end of each case, certain events are in complete disarray that it’s quite entertaining.

If you do make mistakes, you lose out on penalty points, which would lead to a game over. While you can always reload a save, it gets quite tedious to reread the text all over again. This is where I enjoy Danganronpa a little more as their courtroom sequences are extremely entertaining and has a degree of interactivity that keeps the litigation process dynamic.

Overall, the greatest strength of The Great Ace Attorney Chronicles is in how the logical flow of the case is part and parcel of how the tense courtroom drama develops. Everything is written in a way where setup, misdirection, and payoff really work well, keeping the tension high at all times.

What ruins this would be its over-the-top nature, which is par for the course for many anime-style visual novels. While it really works for Danganronpa because the world is already over-the-top to begin with, what turns me off about The Great Ace Attorney Chronicles, especially on its very first episode, is how certain antics in a real courtroom would get the case thrown out (destroying evidence before the entire courtroom for example) just to increase the drama. That being the case, if you enjoy real courtroom drama, you may have to accept this game’s over-the-top nature to actually enjoy it. If you really can’t divorce your loyalty to that genre convention, then this game may not be for you.

Otherwise, the “Story Mode” option is a great way to experience The Great Ace Attorney Chronicles from a more casual point of view. You could let the story flow and watch the drama unfold, and when you want to actually get in on the action, switch it off and figure out the case for yourself. Visual novel purists may scoff at this feature but for beginners to the genre, it’ll allow new players to enjoy some of the best parts of this game, which is in its writing.

Just like the difficulty mode argument, every player should be able to play the game the way they want to, and this mode will allow players just that.

Visual novels are definitely an acquired taste, but when you run into some well-made ones such as The Great Ace Attorney Chronicles, it becomes a bit of an addiction. I personally prefer Danganronpa but the light-hearted charm of the Ace Attorney franchise is a welcome addition and is a great title to kick back and just relax with the entertaining story and quirky characters.

One thing that I enjoyed from this game is the option of toggling “Story Mode” to remove much of the high-stress moments and continue story progress without starting all over and repeating past scenes if you’re just in it for the narrative. Trophy collectors and completionists would most likely skip this option to get everything, however, it’s a welcome addition especially for newcomers to the genre and would just like to take it for a spin. This mode really respects your time in doing so.

The Great Ace Attorney Chronicles is a great way for potential fans to hop on and check out the Ace Attorney series. For those who really can’t stand the over-the-top nature of the game (and reading), I really can’t help you out with that. Yet for those who can appreciate the visual novel storytelling and its light-hearted wonder, you get two games for the price of one, and it really doesn’t get better than that.

The Great Ace Attorney Chronicles is now available on PSN or through local retailers like Datablitz and Game One PH.

*The Great Ace Attorney Chronicles has been reviewed on a PS5 using a review code from the publishers. 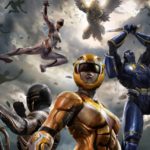 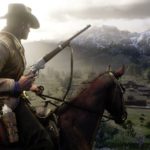