First reported back in October 2020 but officially announced in December, Sony has now completed its purchase of Crunchyroll for $1.175 Billion, according to the official press release.

Tony Vinciquerra, Chairman and CEO of Sony Pictures Entertainment Inc. says that their goal is to “create a unified anime subscription experience as soon as possible,” and the addition of the anime streaming service to the family is certainly a huge step, considering its value as a brand.

“We are very excited to welcome Crunchyroll to the Sony Group,” said Kenichiro Yoshida, Chairman, President and CEO, Sony Group Corporation. “Anime is a rapidly growing medium that enthralls and inspires emotion among audiences around the globe. The alignment of Crunchyroll and Funimation will enable us to get even closer to the creators and fans who are the heart of the anime community.  We look forward to delivering even more outstanding entertainment that fills the world with emotion through anime.”

It’s not certain yet what this acquisition means for subscribers, but anime fans could potentially see some blockbuster hits coming soon now that both anime giants are under one roof. 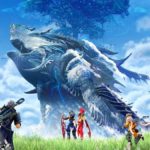 Xenoblade Chronicles 3 reportedly releasing in 2022, in the final stages of development 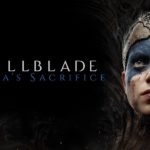