The last time we had an exclusive Xbox Series game was back in January with The Medium, so when The Ascent launched on July 29th, it got us even more excited to see what this current-gen exclusive would bring to the table.

To my dismay, The Ascent is an isometric RPG, but with a clear cyberpunk aesthetic that made me resist my biases. Personally, I feel they belong on a PC and I find it difficult to enjoy them on consoles.

My issues with isometric games range from difficulty in tracking my characters with its fixed top-down camera, a slate of controls that takes a while to learn, and extremely small text that becomes a headache to read. Otherwise, I find that these games are actually rich in lore and storytelling wonders that I’ve dismissed many similar titles due to their unfriendly interface.

The Ascent, however, in my first two hours of gameplay already sidesteps many of the issues I’ve listed right away by subverting the typical turn-based combat and opting for a more Diablo-Esque interface mixed with Hotline Miami‘s fast-paced action. It is challenging, but it also really gets addictive right away.

Welcome to the future, baby

To pay your off-world relocation to the world of Veles, you have become an “Indent”, or an indentured laborer. Not just any type of Indent, you’re starting at the bottom of the barrel, taking the worst of the worst jobs to pay off your debt. When the rest of the arcology has been cut off and chaos ensues at the bottom of the stacks, you’re employed by an unscrupulous stackboss to take on highly dangerous missions to investigate what caused the blackout. As you ascend through the countless nodes, taking on mercenaries, corpo thugs, mutants, and mechs, the world is not what it seems.

In The Ascent, you start by fighting off hordes of ferals with nothing but a sidearm and your wits. The good news is that ammo is infinite, the bad news is when I said “horde”, you’re fighting a ton of enemies… at level one.

Things fly at you fast in The Ascent, and you’re left to fend for yourself almost immediately. Tutorials are sparse, and part of the challenge early on is getting used to the controls. Twin-stick shooting hasn’t been a thing for a while now, but it is front and center in this game, which you’ll have to familiarize yourself with fast if you want to go far.

You’re thrown into a massive and disorienting cyberpunk world where safe havens are scarce and everyone is only out to save themselves. Gangs and mercs protect their turf, and one wrong move forces you to restart back at your most recent checkpoint. It actually feels a lot like Hotline Miami, where you complete a checkpoint and reach another area to explore with settlements where you could buy/sell gear, add augments, sell your bounties, and collect side quests.

Otherwise, The Ascent is quite a straightforward game. Follow your main quest compass until you reach the objective, complete it, and a new one comes up. Everything is simplified, no decisions to make, hacking and skills are mapped to your buttons, and you can keep firing with your loadout. Loot isn’t abundant, but they do exist and they actually work in your favor if you collect enough good equipment. Not bad for a day’s job.

Work your way to the top

The action in The Ascent is where the bulk of the gameplay is at. As you collect side missions, main quests, or even just going for a run through the expansive wastes, you will fight swarms of enemies by your lonesome. Simplification of the controls doesn’t limit the game, it actually synergizes it to fit the fast-paced gun action.

As you improve your skills: you will fight better and last longer, with cybernetics improving how fast you can hack through locked doors and disable robotics. Down the line, you’ll get stronger augments and modules, which will assist you in the fully chromed arcology where even larger swarms and stronger bosses await.

Missions are categorized into “required levels”, which is more of a suggestion rather than fact. At level 13, I struggled with enemies at level 8, especially specialized enemies such as Rojin and Mechs. You do learn how to equip yourself better with the loot that you pick up and strategic acquisition of element-based gear, so it is possible to complete side missions ten levels higher than you, but also struggle with main quests five levels below your current level.

Nodes and restricted areas are blocked off until you complete certain main quests, which is a pain, especially when bosses block your path. There are times when you’ll have to repeat encounters of your gung-ho approach to enemies, and you’ll soon realize that some semblance of strategy is required, even if the strategy calls for running away to catch a breather.

As much as I loved the action and exploration, I felt that immersion could’ve used some work. Besides cosmetics, there could’ve been more done with the protagonist’s backstory as well as personal stakes. We could’ve used more of that for The Ascent simply because the world you move around in is so rich and dense that it exudes such a gritty feel.

The Ascent is on point both visually and thematically, as it tackles the neo-noir aspect that cyberpunk fiction is inherently imbued with. All the neon and chrome world seriously brings this off-world planet to life, with so much detail and things happening in the background topped off by fantastic graphical quality. Much of the lore is intact and character interactions definitely are on point, even to a fault, because the character and loadout screens suffer from too much red that makes visibility a bit of an issue.

In case it wasn’t painfully obvious, The Ascent looks utterly fantastic on the Series X, filled with great attention to detail that makes the fact that this was developed by only 11 people quite amazing.

Just like isometric games of its type, you could drop countless hours to explore The Ascent and learn its secrets. When you learn how to walk, run, and shoot, the game is incredibly complex despite its simplicity. Learning how to position yourself in firefights by combining all your learned skills, as well as tactical use of cover and run-and-gun really makes the game crazy fun. While the main campaign would take you upwards of 10-12 hours or so, exploring every nook and cranny would easily bring that number up.

Replay value is heightened in The Ascent by allowing for couch co-op and online play. When you complete the mainline quest and would like to still explore the world with other people to obtain better loot, there is definitely an option to do so. As there are many secrets to discover, you could restart the campaign with a stronger character, repeating the cycle once again.

At this point though, it is important to note that multiplayer is not working as well as players expect it to be. Sometimes, creating a session is near impossible, but The Ascent is great when it works as advertised.

The Ascent is not perfect, but it is fun as hell. The frenetic gunplay is only supported by its engaging aesthetic. If you don’t mind not having a fully immersive experience that has a shallow narrative, what you will get is a massive arcology to explore, along with taking on hordes of foes with your hard earned loot. Its deceptively simplistic gameplay only allows for better exploration and engagement with its many sidequests.

I enjoyed The Ascent despite its many flaws, and my bias in playing isometric games on consoles. It brings back fond memories of Diablo 2 runs as well as Hotline Miami where you could last just as long taking on an enemy swarm, be it mercs, mechs, or mutants. To top it all off, it gets even better if you could bring a friend to the fray.

The icing on the cake is if you are a subscriber on the Xbox Game Pass, The Ascent is playable day and date, so you could try it out gratis. As an exclusive for the platform, despite its problematic load times, I feel it brings a fun and frenetic journey adorned by the visually arresting cyberpunk world it promises.

The Ascent is now available on Xbox Game Pass or on the Microsoft Store. 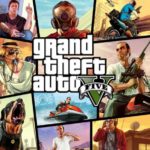 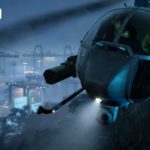